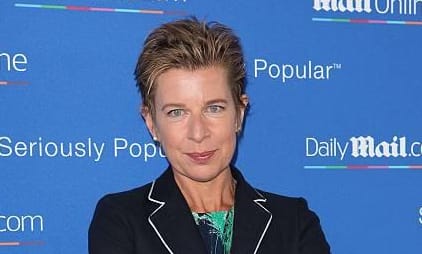 Columnist Katie Hopkins appeared on Fox News following yesterday’s terror attack in London, she said to Fox News: “People are cowed, people are afraid and people are not united.”

Furious Londoners have hit back at Ms Hopkins, one Londoner wrote: F*** off Katie Hopkins, we’re doing just fine thanks.”

Ms Hopkins, the controversial columnist said: “What I’m tired of hearing on the media everywhere at the moment here is ‘we will not be cowed by terror, we stand united.

“Because the big news is that’s the message in London. That is not the message here in the UK.”

“Great Britain is more disunited… than any time in its past.”

James Cleverly, Conservative MP hit back at Ms Hopkins and said: “I’m on a train heading towards Westminster. No one is cowed, afraid or divided. Please stop your stupid attention seeking comments.”

Peter Grant MP said in response to Mr Cleverly: “Well said James. Par,iaments are there so that we can disagree without losing respect for each other.”

Fox News said in tweet: “@KTHopkins on UK terror: “People are cowed. People are afraid. And people are not united.”

Chriss TT the singer said in a tweet: “Hello Fox. fyi we are not afraid, nor disunited. @KTHopkins speaks for herself + tiny minority.”

Ms Hopkins was further criticised for a column she writes on the Mail Online, in which she said: “Please, no hashtag, no vigil, no tea lights. I am begging you not to light up Parliament in the colours of the Union,” she wrote.

“Because we are not united. We are wrenched asunder.”