Home Business Insights & Advice From one van to riches: The story of the development of a junk disposal company 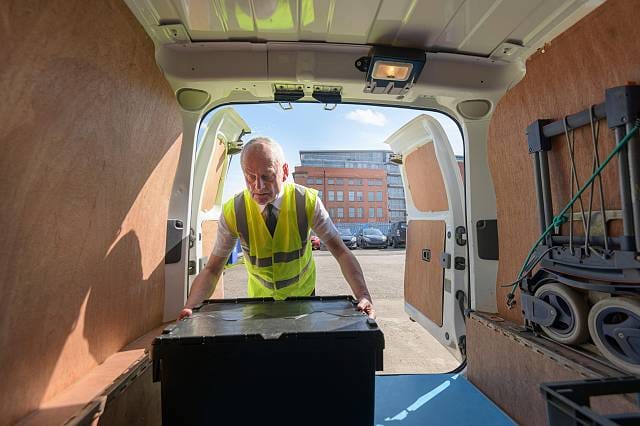 From one van to riches: The story of the development of a junk disposal company

The story of Junk Hunters London is an inspiring tale that describes one man’s dream and a stellar rags to riches story. Harsha Rathnayake, the founder of Junk Hunter, started this company in 2008 with only one van and a dream. Harsha’s story and the success of Junk Hunters went on to inspire other waste removal companies in London, for instance, Ruby Cleaners, who have adopted the idea that he implemented. The effort that he gave and invested in his dream has subsequently inspired many other entrepreneurs in London to start their own business plan.

Before founding his company, Harsha Rathnayake used to work in the waste management industry and has been in it for almost ten years already. But it was in 2004 while he worked as a part-time driver for a removal company while studying at Kingston University to become an automotive engineer, where he realized that there is a lot of money to be made in the junk disposal industry.

Unfortunately for Harsha, his biggest hurdle back then was the lack of knowledge of speaking English. However, he successfully managed to overcome it by learning it through online courses and by watching YouTube clips.

After finishing his studies, Harsha opened his first business venture. He went with a waste disposal service as he had a lot of experience in the field and also wanted to help people in the community. During his very beginnings, he was on his own and had no employees. So he did everything by himself – picking up the trash, answering calls, receiving payments and sending invoices. However, since he virtually had no credit history he was unable to obtain a credit from the bank. This prompted him working two jobs at almost 19 hours a day for a year in order to fund his business. But he pulled it through as after a year of doing that he was able to incur about £70,000. This was enough for him to resign from his second job and concentrate solely on his business.

After only one year, Harsha made Junk Hunters one of the fastest developing trash removal companies in London. They began buying additional trucks on a yearly basis and put a lot of emphasis on environmental awareness as part of their business model.

The idea behind Junk Hunters is to operate in two-man teams per one van. The uniformed staff drives in flashy trucks and is very friendly towards customers. Guaranteed arrival time of 2 hours is a must upon call and upfront pricing is also provided. Additionally, full services are provided to customers which includes sweeping after themselves once the job is done.

Over the course of time Junk Hunters has grown to become one of the biggest rubbish removal companies in the UK. They are even the first company of its kind to franchise. The headquarters is located in London of course and they provide both large and small-scale clearances for the residents of London. Other franchised areas also operate based on the starting core values of the firm.

After becoming a national junk removal company, Junk Hunters have concentrated on providing affordable, environmentally friendly services to its customers. One of the most important features that they offer recycling and reusing the waste they collect. Over 80% of the gathered material is recycled and reused in some sort of way. Intact items that can be still used in some sort of way are carried off to charities.

Harsha has achieved his dream and has prospered from a nobody to one of the most important persons in the UK’s rubbish disposal sector. Thanks to his passion and the dream that he had he managed to develop steadily and achieve all the goals that he has set for himself. It is really hard to imagine that he started with only one van and branched out in a national company. But that is how great stories are made.