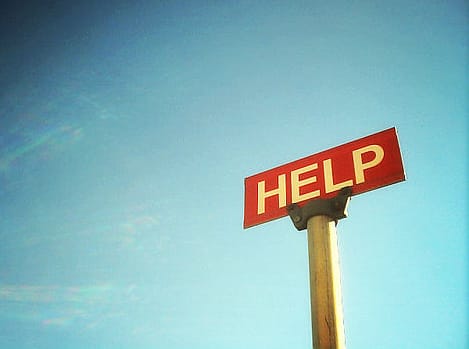 Yesterday, controversy was sparked around the potential disruption of the Big Four’s dominance in the professional services sphere following the FRC’s £125,000 fine to Haysmacintyre due to failings in their audit of Associated British Engineering.

A shake-up is long overdue following scandals surrounding Pâtisserie Valerie, Thomas Cook, and Carillion due to conflicting interests arising from current Big Four dominance in the sector. This controversy, however could prove to put a stopper in the business secretary’s plans to diversify the industry in order to “restore business confidence”. Concerns about potential quality risk due to skills and resource shortages of firms outside the Big Four have clear foundation and are necessary when considering any upheaval. Nevertheless, supportive structures for smaller and mid-size firms can still allow for a seamless disruption of the sector, improving standards in the process.

Landmark research by consultancy and accounting disruptor, Theta Global Advisors shows that confidence in small businesses has grown exponentially, and that these same businesses have won previously inaccessible large clients over the last year. As such, small firms are better placed than ever before to take on the audits of FTSE350 companies, and with clear support structures could successfully disrupt the sector and the Big Four’s dominance forever:

·         19% of UK workers say that they have won previously inaccessible, large clients, growing as a business as a result during Covid-19

(nationally representative research carried out across a body of 2100 respondents, in full compliance with British Polling Council guidelines)

Chris Biggs, partner at Theta Global Advisors has been leading by example at his firm. Theta provide accounting and consultancy services and deliberately do not audit companies to avoid any conflicts of interest, an approach Chris is keen to see applied across the professional services industry to maintain higher standards in a rapidly changing sector.

​Chris comments on the disruption of the Big Four’s monopoly and how, while concerns are entirely justified, should not bring proposed shifts and opening of the market to a standstill:

“It’s great to see an open dialogue with concerns around opening the market to smaller and mid-sized professional service firms being voiced clearly. These potential issues such as possible quality risks, skills shortages, and resource shortages for firms outside of the Big Four performing particularly complex and demanding audits are entirely justified. However, these risks can be managed and mitigated with appropriate structures to facilitate a growth period as these smaller firms gain more experience and resource when working on such projects.

“There have been three independent reviews so far and major failings are still happening with the Big Four’s current monopoly, now no one wants to be on watch when the next failing almost inevitably happens. The new minister coming in will almost certainly re-energise the push and it seems we are now more likely to see action.

“Independence of the Big Four’s audit and consultancy services is crucial. We cannot risk jeopardising the independence of the audit because of lucrative consultancy services provided to the same client. Almost as important as this is the issue of ‘perception’, the public must have the perception that the audit role if fully independent and impartial at all times, otherwise they will lose confidence in the market.

“While this is a positive move there are issues that will still remain, such as what this reform of the big firms will mean for the mid-tier firms. Surely the push to open the audit market to the mid-tier firms will mean that they also need to be challenged with the same drive to reform. On top of reform, penalties for businesses and those who commit frauds or false accounting needs to be further strengthened to act as a real deterrent – addressing the auditor failings is only part of the issue.

“At Theta Global Advisors, we do not audit and hence, we are one of the few truly independent accounting advisory firms for non-audit services. Clients will avoid auditor independence issues if they engage firms such as ours and they could use other Big Four and mid-tier firms who are not their current auditors, however, there are some issues there. By using such other firms who are also auditors, then if the clients want to change auditors in the future, they will have limited the ‘pool’ of possible auditors who are totally independent to engage i.e, firms who have not recently provided non-audit services. This could become problematic and continue to raise independence issues in the future.”