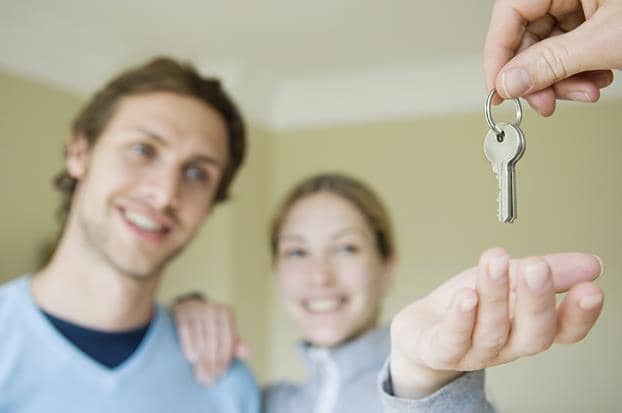 The latest trend suggests that it is much easier to find a flat in Scotland now opposed to London. Researches from 2014 said that it took people about 36 days on average to find a place to stay in London. However, this figure rose to 60 days as of today. On the opposite end, the time to find an apartment in Scotland shortened to 41 days compared to 66 days five years ago. BBC reports that this trend is mainly due to the newest leasehold rules that are being implemented.

Based on the survey conducted by Moving Day, a prominent moving company from London also reports that prices across the UK have been rising but that there has been a significant drop in London. The trend of the property market slowing down has been particularly apparent for the last few years and has most notably hit the South-Eastern part of England.

Some indications point towards Brexit being the biggest problem when it comes to property prices. However, further research says that there are various other factors that play a major role here. One of them being stretched buyer affordability and the increased amount of time that sellers spend looking for a buyer.

A major factor is are also the changes in taxation that have been recently made. Another theory suggests that many people have been prompted to move into houses instead of flats. This does sound appealing particularly when the main attraction of the offer is the additional space that you will have with a front garden.

However, particularly when it comes to leasing a place, there are always some so-called “hidden costs” which are far less in Scotland opposed to London.

Certain analytics say that sellers and leaseholders need to change some of the particularities on their part. One of them is making it clear with potential buyers or renters about the remaining time of the lease, ground rent or the cost of charged services. They also should make sure that the paperwork is prepared for the leaseholder management pack, as this usually requires more time and money to make. Also, solicitors who have more experience should be used when it comes to these types of dealings.

Another problem would also be when it comes to older flats. A lot of people market flats as modern which turns out to be completely opposed when one actually sees the flat. Nowadays, people look for amenities like gym access, close proximity to a restaurant, things like that. Some sellers tend to disregard that fact and are not completely honest when it comes to marketing it properly. The best solution would be that the flats are decluttered completely and that all personal items are removed from it. Potential customers will easily imagine themselves living in an apartment that they could refurbish to their liking.

Since the financial crisis, the legal process of securing a mortgage loan has become stricter which additional prolongs the process of buying a place. Additional regulations have significantly slowed the process of buying your own flat and it is particularly apparent for London. Because of this, the number of days needed to buy a flat in London has increased from 100 days measured in 2011 to 123 days as of today. This means that if you are planning to get a mortgage when buying flat things are not going to go as smoothly as you might have predicted them of being.

The situation does not seem to be getting any better and for now, people who want to live in London will have to rethink their idea of moving there.