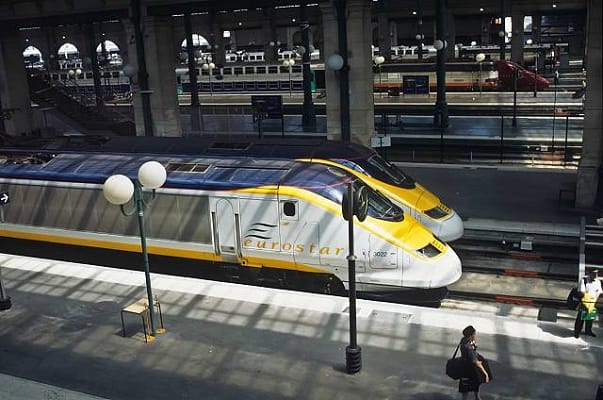 Eurostar are in advanced talks with the British and French governments as the company is in financial “peril” and are fast “running out of time” to find any money.

Eurostar has already borrowed €450m and received a €197m cash injection from the owners.

Guy Shone, CEO of ExplainTheMarket.com told Euronews in February that Eurostar are running out of time to save the company and warned they are “in peril.”

Shone said, “Passenger numbers are way down, down well over 90% since March 2020.

The British government has previously said Eurostar “is not our company to rescue.”

Shone spoke to Eurostar’s previous boss, and was told how quickly the prospects for the company have now declined.

He added, “When I spoke to Mike Cooper, Eurostar’s previous CEO, the mood-music was relatively upbeat.

“They were looking to get to grips with the looming spectre of Brexit, but Eurostar was a brand with booming passenger numbers.

“They were really starting to aggressively compete with the airlines, positioning themselves as the greener, more convenient alternative.

“It was hard to imagine anything more disruptive for business than Brexit, but with Covid, this leadership team has entered into a whole world of trouble that they couldn’t have planned for.

“They’ve now got a true existential problem, and they are running out of time to stop it.”

Ciarán Cuffe, an Irish Green MEP warned in February, “Allowing Eurostar to fail would mean significant job losses and deal a massive blow to sustainable travel between the UK and the EU.

“If this requires funding from both the UK and French governments, then the money must be found. Sustainable travel deserves support.”