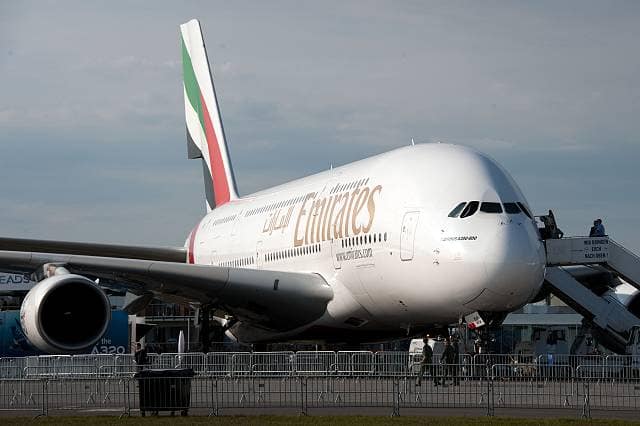 Emirates have resumed passenger flights to London Heathrow, on board its iconic Airbus A380 aircraft between London Heathrow (LHR) and Dubai International (DXB). This marks the first Emirates A380 flight to LHR since the pandemic forced the temporary grounding of the airline’s passenger fleet in March.

The A380 is the world’s largest passenger aircraft, with a wingspan of 79.8 metres and a double-decker cabin which now features a comprehensive set of new safety measures.

Today Emirates also restarted A380 services to Paris and passenger services to seven more cities – Athens, Barcelona, Geneva, Glasgow, Larnaca, Munich, and Rome. From the United Kingdom, Emirates customers can now fly to 24 destinations in the Asia Pacific, and eight cities in the Middle East and Africa via convenient connections at Emirates’ Dubai hub, which reopened to international visitors on 7 July.

Emirates currently serves 50 destinations, and by mid-August, Emirates’ global network will include 58 cities. A second daily A380 service to London Heathrow will start from 1 August.

Richard Jewsbury, Divisional Vice President UK for Emirates said, “Our teams in London and Dubai are delighted to bring Emirates’ flagship A380 aircraft back to London Heathrow. We’ve modified services onboard for the health and safety of our crew and customers and look forward to welcoming more passengers as it returns to the skies over London once again.”

Emirates have implemented a comprehensive set of measures at every step of the customer journey to ensure the safety of its customers and employees on the ground and in the air, including the distribution of complimentary hygiene kits containing masks, gloves, hand sanitizers and antibacterial wipes to all customers. For more information on these measures and the services available on each flight