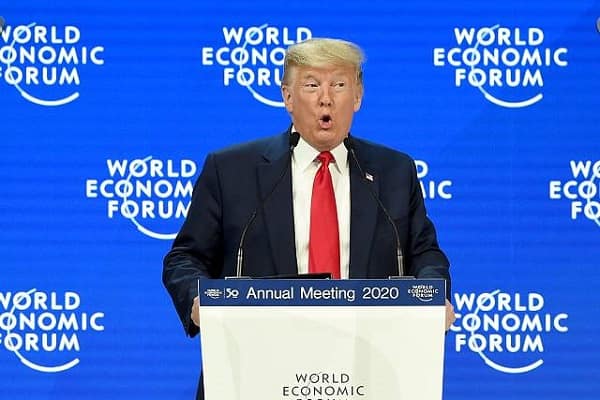 Donald Trump: UK’s initial virus plan would have been ‘catastrophic’

US President Donald Trump said last night that the UK was facing “catastrophic” results before it changed strategy in the fight against the deadly coronavirus.

In a briefing at the White House, the US president claimed the British government had “put themselves in a little bit of a problem” over its original plan to tackle COVID-19 that involved the country developing herd immunity.

Trump said: “A lot of people were saying: ‘Let’s just ride it out’.

“This is not to be ridden out because then you would have been looking at potentially 2.2 million people [dying in the US] or more… in a relatively short period of time.