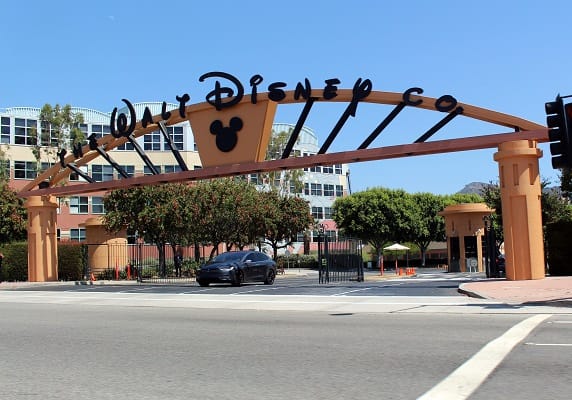 Looking at the longtail of entertainment

As we enter 2020 it is hardly a surprise anymore that China has become a global superpower within the entertainment industry – after all, it has entered if not completely taken over most major markets (food, electronics, utilities etc.) so why should entertainment be any different?

But unlike some industries, China’s encroachment into entertainment is slightly slower and more calculated and has, so far, relied much more on collaborations than anything else.

They supply money, personnel and sometimes – even locations from which to operate, all for some token consideration within the venture in question.

But now, it seems that both Chinese production companies, the Chinese government and major Hollywood studios are ready to take that relationship to the “next level”, 2020 is due to have two feature films devoted to and aimed at China as its primary market.

And both are Disney movies, and we’ll get to why that is important to the Disney stock forecast shortly.

First up is the remake for the animated classic “Mulan” which is scheduled to be released globally the week of March 27th.

The movie was filmed in China and New-Zealand and stars a cast that is almost entirely Chinese (or at the very least – of Chinese descent), it was produced by Disney, in cooperation with the Chinese government which also agreed to make the movie one of the coveted “day and date” releases in the country (most foreign releases are delayed by weeks if not months, and that’s if they get in at all, as China heavily moderates access for foreign movies).

The movie’s budget is estimated at $200 million, which per industry standards – does not include the promotional budget, so assuming the number is accurate and using the industry standard of a x2.5 multiplier – the new version of “Mulan” would have to rake in at least $500 Million – just to break even.

The second such movie is “Raya and the last dragon” due for release November 25th, since it is still in production its overall budget remains unknown, but it is animated so should be far lower than “Mulan’s” $200 million.

Those numbers alone make China the 2nd largest market for movie releases trailing the U.S alone, it has already overtaken the U.S is the number of screens and was making serious headway in terms of overall income from movie theaters, given the right circumstances – it very well may have overtaken the U.S.

But then the Corona virus happened, and “normal circumstances” went out the window.

With less than a month to go before the release of one its biggest tentpoles for 2020, new Disney CEO Bob Chapek, having only taken over the role from exiting CEO Bob Iger last week is faced with the unenviable task of deciding which option would have the least disastrous impact on Disney stock forecast.

With the world at the tip of global panic and multiple countries starting to ban crowd gatherings we are likely facing a long period of diminished returns from any and all movies and possible postponements for multiple movies, it just so happens that Disney, the world’s largest entertainment/movie manufacturer is first up on the docket.

Disney may choose to leave “Mulan” at its previously scheduled global release date, while simply subtracting countries like China from its schedule, releasing the movie there once the panic has died down.

They may also decide to postpone the release entirely, delaying it to a later date in the year, while hoping the situation clears up – this seems unlikely as there are multiple contracts to be satisfied in conjunction with such a production.

A decision can also be made to remain on schedule and simply “take the hit” from missing out on China and other countries, attempting to recoup it once local sanctions have eased, whenever that may be.

But no matter what path Disney takes, this one movie, with its target audience essentially neutralized will likely impact the direction its stock chart heads in the coming months and may set the tone for a much larger shift in the global consumption of media.

Global income from movies has been on a near constant rise, despite a slight decline in the number of patrons.

So Hollywood studios were relying on roughly the same number of people to provide for greater income each year, due to the proliferation of large screen and premium formats.

The future of cinema is at home

But in the decade since the peak of 2009 (due to “Avatar” becoming a worldwide phenomenon) we have also seen the rise of streaming services, and they may very well be a gamechanger for the movie business.

The #1 subscription service is still Netflix, boasting an impressive 167 million subscribers as of late 2019, but unlike years past when the service grew from a scant 23 million (in 2012) to those 167 million it now has some serious competition on its hands.

Hulu and Amazon Prime have been gaining traction and newcomers Apple+ and Disney’s own Disney+ have made quite an impact on the entertainment industry longtail w ith their late 2019 launches.

The movie industry is still very strong, and there is no real cause for alarm, one or two bad quarters will not impact Disney or any other major studio in a major long term way, nor is Disney “Too big to fail” like banks were in the 2008 crisis, but its sheer size and diversification is intimidating enough so that it will greatly impact the entire entertainment sector.

Netflix and other streamers may be quietly cheering on quarantines across the globe, and Disney is in a $500 million pickle and all because of one “small” bug.

Sometimes the global economy really is like chaos theory – a butterfly flaps its wings in China and Disney stock losses billions.

In recent days we have seen developments on the Coronavirus come in at a rate that seems almost hourly and most of them are not that great – the NBA has put its season on hold, countries are on lockdown and quarantine, public gatherings are kept to a minimum or abolished altogether and even national treasures like Tom Hanks aren’t safe.

The movie and entertainment industries are also starting to see effects – production on several shows has been halted, the new James Bond movie was postponed to November, major tech and entertainment conferences have been canceled or put on indefinite hold and so on.

So what does all of this mean for investors? well, there is no singular response to that as that would likely depend on where you happen to be invested or your area of expertise.

The coming months will serve as a true and difficult test for the entertainment industry as more people are kept in quarantine and require not only nourishment for their bodies but also for their minds – but where will they get that entertainment?