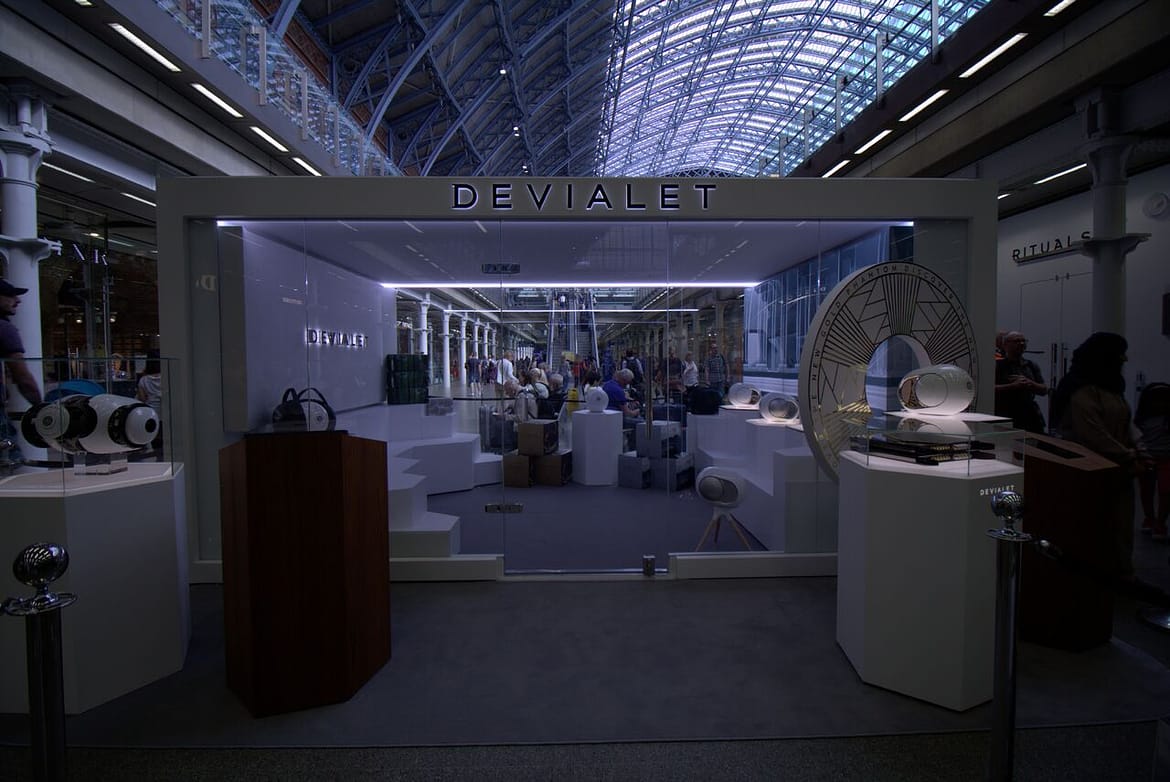 Going to buy one?

Devialet, the world’s most innovative sound company, and maker of the Phantom Wireless Speaker, announces the launch of a brand new ‘immersive room’ store in the heart of London’s bustling St. Pancras station. The launch is an important step in the company’s ambitious UK retail plans for 2017, which will see a number of further launches taking place in the coming months.

Victor d’Allancé, General Manager Devialet UK & Ireland, said: “St. Pancras is the place where London and Paris meet, making it the perfect location for our new UK store. With a rapidly growing presence in the UK and globally, we are delighted to be opening at one of London’s most iconic and busiest stations, offering the public a new retail experience.”

Founded in 2007, and headquartered in Paris, Devialet has become international leader for high-end amplifiers thanks to the continuous, drastic and revolutionary inventions in the audio engineering field. With over 100 patents and 60 international awards, the company had attracted attention from investors including Bernard Arnault.

Most recently Devialet raised €100m from investors including Jay-Z, Foxconn and Playground, accelerating international expansion and allowing Devialet to take over the world audio market.

The St. Pancras store opening is the latest addition to Devialet’s growing retail network, which includes worldwide Apple Stores and over 20 standalone Devialet stores. In the UK, Devialet has a presence in Harrods, Westfield and Apple, as well as an exclusive network of 25 audio resellers.

Located in the station’s main hall, close to Eurostar departures, the cabin will be open daily from 7:30am until 8:00pm. The futuristic space is visually striking and in keeping with Devialet’s own visual brand identity, while remaining faithful to St. Pancras’ iconic aesthetic and history.