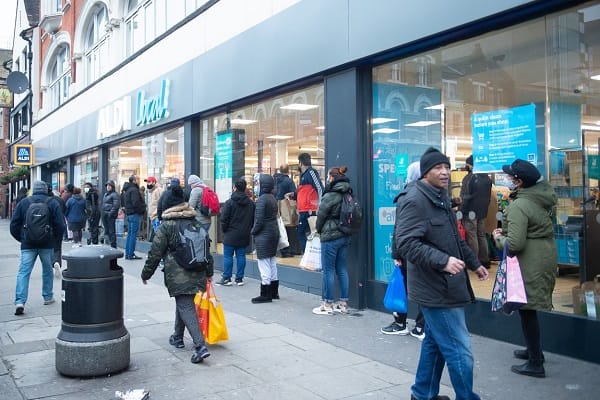 According to the government’s latest figures the Covid R rate has now risen to as high as 1.1, however due to the vaccine rollout the pandemic is shrinking.

Government figures show that the R rate now stands between 0.8 and 1.1, which means that Covid could grow exponentially.

The R number 0.8 and 1 means that every ten people infected will infect between 8 and 10 other people.

The Scientific Advisory Group for Emergencies (SAGE) have warned that the R rate could be as high as 1.2 in the South West.

Professor Paul Hunter Professor in Medicine, The Norwich School of Medicine, University of East Anglia said, “This would be the first week when there would be any evidence that the relaxation of the 12 April would have had a negative impact on the epidemic.

“That there is in fact no evidence of an increased transmission risk is reassuring that for the time being at least it looks like the current Road map is still on target.”