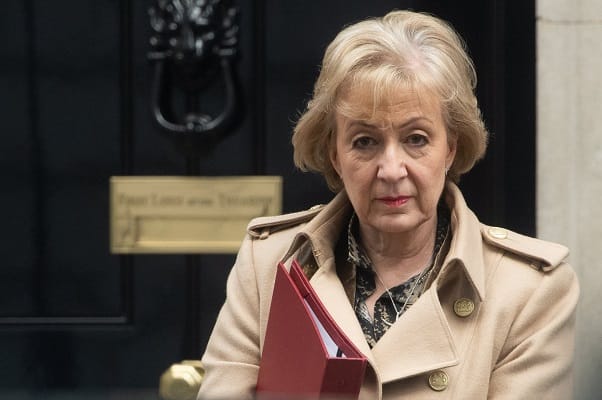 Commons explodes as Leadsom tells Boris ‘people have had enough’

During a very fiery debate in the House of Commons as the Tory MP Andrea Leadsom told the Prime Minister to reconsider the three-tier system.

From tomorrow tens of millions of Brits could be plunged into tier 2 and tier 3 lockdowns which will be extremely damaging to the economy and people’s livelihoods.

This evening there will be a crucial vote in the House of Commons as to whether or not England will enter the new proposed system.

Leadsom argued that people have just simply “had enough” and many will most likely not comply with the draconian restrictions.

Boris Johnson is being hit hard with a sizeable rebellion from his backbenchers as many as 100 are set to vote against the three-tier system.

Leadsom asked Johnson in the Commons, “What assessment has he done on compliance with previous lockdowns?

“And does he share my concern that people have just had enough and that the risk of non-compliance is very great?

“And then those who are compliant will have the added frustration of watching those who won’t comply doing whatever they want whilst they have to sit at home.”

The Prime Minister hit back and said, “Normally I find myself in agreement with the Rt Hon Lady, but I must say I don’t think that she’s right in this instance.

“If you look at what the British people have achieved in the last few weeks by following the guidance, by deciding to work together to get the R down, they have done just that.

“Collectively the people of this country have got the R back down below 1.

“That wasn’t by non-compliance. That was by the people of this country deciding to follow the rules, doing it together and get the virus down.”

Johnson added, “This is not another lockdown. Nor is this the renewal of existing measures in England.

“The tiers that I’m proposing would mean that from tomorrow everyone in England, including those in Tier 3, will be free to leave their homes for any reason.

“And when they do, they will find the shops open for Christmas, the hairdressers open, the nail bars open, gyms, leisure centres, swimming pools open.”