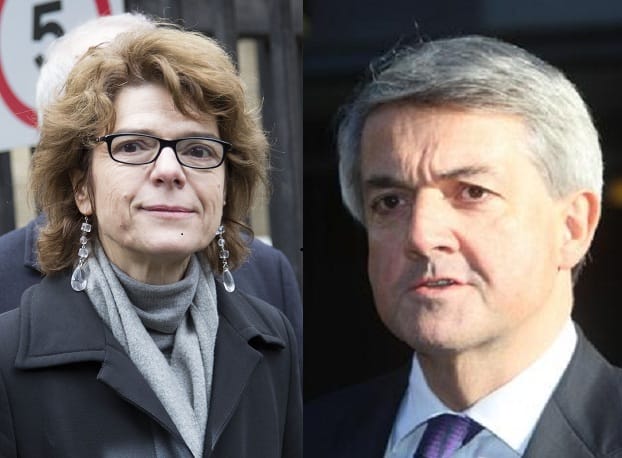 Chris Huhne and Vicky Pryce have been sentenced this afternoon to eight months in prison.

Huhne has been handed down an eight-month jail sentence at Wandsworth Prison, with the judge branding him “devious”. Meanwhile, Pryce will be jailed at Holloway Prison.

The sentencing came at the culimination of the pair’s respective prosecutions for perverting the course of justice in relation to Pryce taking speeding points in place of Huhne in 2003.

The couple were “acting together” in deciding to perver the course of justice, Mr Justice Sweeney concluded. “No doubt you thought that you would get away with it, you got away with it for eight years”.

The crime was the pair’s “own fault”, the judge added.

Addressing Huhne, the judge said: “Despite your high office you tried to lie your way out of trouble by claiming you were innocent.”

“To the extent that anything good has come out of this it is that now finally you have both been brought to justice. You have fallen from a great height.”

Huhne got a 10% reduction in his sentence for pleading guilty last month.

Judge to VP – jury saw through you. I have no doubt….you were readily persuaded and chose to go along with it (points scam)

The Crown Prosecution Service said it would aim to recover costs, which amounted to around £79,000 for prosecuting Huhne and £38,000 for Pryce. Additional costs of £31,000 were caused due to Huhne’s attempts to hald proceedings.

CPS lawyer Malcolm McHaffie said: “Chris Huhne made sustained challenges against the prosecution before pleading guilty at the last minute. This was expensive for the CPS and we will be applying for costs.”

This comes after the former Eastleigh MP and LibDem Energy Secretary Chris Huhne and his ex-wife Vicky Pryce were both convicted of perverting the course of justice. Huhne pleaded guilty to perverting the course of justice last month. Meanwhile, his ex-wife Vicky Pryce was convicted after a second trial, brought about by the jury failing to reach a verdict over Pryce on the first attempt.

The charges dated back to an incident in March 2003 when Huhne’s car was allegedly caught by a speed camera on the motorway between Stansted Airport and London, with Pryce charged with falsely informing the authorities that she was the driver so that Huhne could avoid prosecution. The claims arose after the tumultuous breakdown of the pair’s 26-year marriage in 2010, with Huhne admitting to an affair with Carina Trimingham.