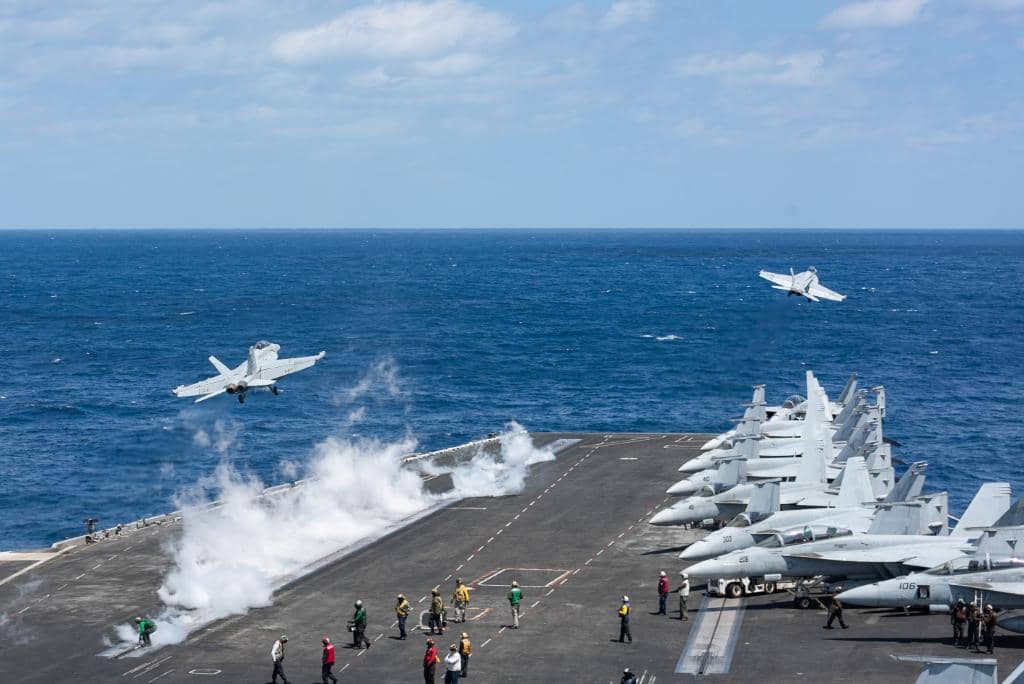 China puts military on ‘high alert’ in response to the US

Diplomatic tensions are soaring over the coronavirus pandemic and China have placed their military on “high alert,” as Australia joins the US Navy in the South China Seas.

Australia joined the US Navy in the area for joint military presence in the disputed South China Seas, which has angered Beijing and their military have been placed on the highest level.

The Ministry of National Defence in Beijing said by Australia joining forces with the US, this has threatened regional peace and stability.

Defence spokesman Colonel Wu Qian said, “Reality has proven once again that the US is the biggest facilitator of the militarisation of the South China Sea, and is a troublemaker for the region’s peace and stability.

“The People’s Liberation Army will remain on high alert, and adamantly safeguard national sovereignty, security, and development interests, as well as the peace and prosperity of the region.”

The Australian HMAS Parramatta joined the US Navy as a suspected Chinese ship was exploring an area owned by Vietnam and Malaysia for oil.

Beijing have been accused of provocation by the US Secretary of State Mike Pompeo, as they are building up a huge military presence in region.

Whilst the world have been tackling the coronavirus pandemic that China started in Wuhan, Beijing have been busy building up their military presence.

Many global leaders are calling for an investigation into China and their deliberate cover up, whilst the US CIA and the UK’s MI6 have already started their probes.

Australia has been warned by Beijing that any investigation could spark the Chinese boycotting, wine and beef sales along with students and tourist visas to the county, said China’s ambassador to Australia, Cheng Jingye.