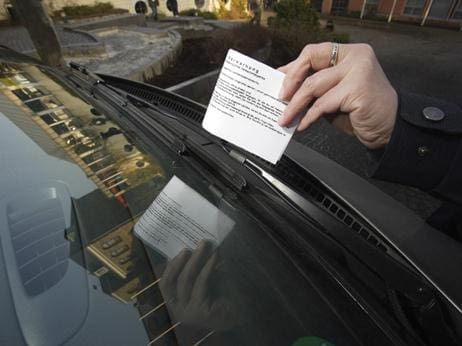 Talk about suffering a death of a thousand cuts! Or should that be more of a slaughter by 218 million tiny pin pricks, which London councils are hoping motorists, many of whom have no choice but to drive to stay in business, won’t notice, and will instead keep pumping coins and credit cards into meters, like so many lemmings?
What am I talking about? That would be the £218m profit London councils have made in the past year by fleecing their own tax payers and companies for the right to park vehicles on the public highway, in order to go about their legal, and economically necessary daily business.

Fact is they are most probably correct with their lemming thesis since they know they have us over a barrel, we are a captive market, whether on the morning school run, or like my guys, trying to earn an honest quid. And sadly (for me and many others) it looks like the local parking monopoly holders in central London, like top ranked Westminster (profit £38m; up 8.7%) and it’s neighbouring rival, Kensington and Chelsea (£27.5m; up 30%) are amongst the worst offenders.

Now we all know that times are hard and councils, like everyone else are being financially stretched in a way that hasn’t been seen since the early 80s, but that’s no reason to intentionally orchestrate a campaign of legalised larceny against its own citizens and visitors. This is nothing short of a tax on business, and a very short sighted one at that.

Increasingly with the development of new mega-shopping complexes like Westfields at Shepherds Bush, and its sister shopping village at Stratford, high rent shops like those in the West End or the Kings Road are no longer the sole destinations for lovers of designer goods. They are facing fierce competition from those with lower overheads, and the same goes for all other London businesses trying to operate in difficult financial conditions. Squeeze businesses much harder and the pips will squeak all the way to the dole office!

Drivers are already facing with congestion charging, tough emissions regulations, not to mention the ever escalating price of petrol, and let’s face it parking charges in London were already the highest in the country. As businesses we deserve more respect from local authorities for the part we play in keeping our communities together, and that respect should go much further than how much cash they can squeeze out of us, before we are forced to take out tools, shops and services elsewhere.

Personally, based on the 10 to 30% increases in just one year I would like to see these guilty councils referred to the Office of Fair Trading for their unscrupulous exploitation of a virtual monopoly on parking.

Charlie Mullins: Bring on war with the unions