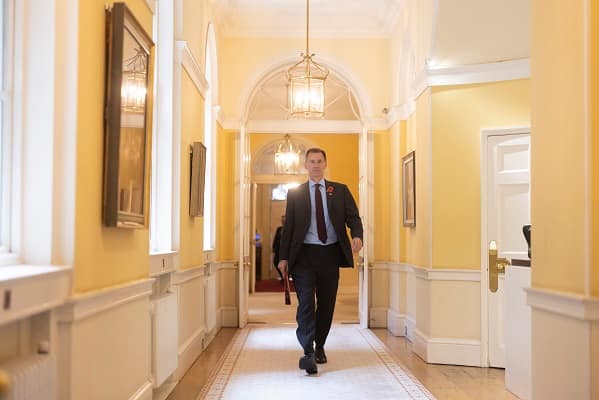 The Chancellor has suggested in the House of Commons on Tuesday that there could be an increase in council tax and that he will make it easier for local authorities to put up the price.

Jeremy Hunt warned that Thursday’s autumn budget will be “difficult” and the government will be “asking” for the public to pay more, but stopped short of confirming what measures will be announced.

The Prime Minister has also warned that the government has to make “difficult but necessary decisions” in order to get the economy back inline.

This week’s Autumn Statement: Why letting the rich foot even more of the bill is a risky balancing act

More than 500,000 disabled and vulnerable groups will be left in the cold this winter thanks to the government

Dividend tax rises are on the agenda and the Chancellor is also ‘targeting the £2,000 dividend allowance’

Councils are currently only allowed to increase council tax by 2.99% along with 1% for social care under the current cap which could increase it by more than £2,000 a year, which would break the 2019 manifesto pledge.

Hunt told MPs in the Commons, “It is going to be a very difficult announcement on Thursday because we’re going to be asking everyone to contribute more.

“But we’ll be asking people who have more to contribute even more, and that will be reflected in our decisions on council and every other tax as well.”

The Speaker of the House Sir Lindsay Hoyle told the Chancellor, “You might want to save something for Thursday.”

By the Chancellor dropping hints and suggestions with “pitch rolling” of what may be in the autumn budget this helps the markets to avoid spooking city.

This means that those who live in Band D could have to pay £100 extra putting council tax over £2,000, whilst Band H households could pay as much as an extra £200 a year bringing the total cost to more than £4,000 per annum.

A Treasury source told The Telegraph that councils need “more flexibility” to raise money in light of the cost of living crisis given the current economic situation.

Hunt also warned over the weekend that “we’re all going to be paying a bit more tax” after Thursday’s budget.