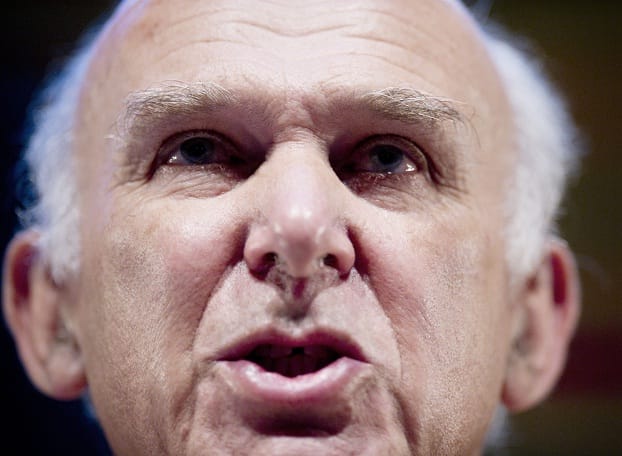 Business Secretary Vince Cable has said London “is becoming a giant suction machine draining the life out of the rest of the country”.

He made the comments on BBC’s Radio 4 Today programme while discussing UK aviation expansion.

Cable, who is opposed to a third runway at Heathrow, said that regional airports should be expanded rather than Heathrow.

He called for “more balance” in the debate about aviation capacity.

NOW READ THIS: Ripping, biting and waterboarding: Just how tough will the new plastic bank notes be?