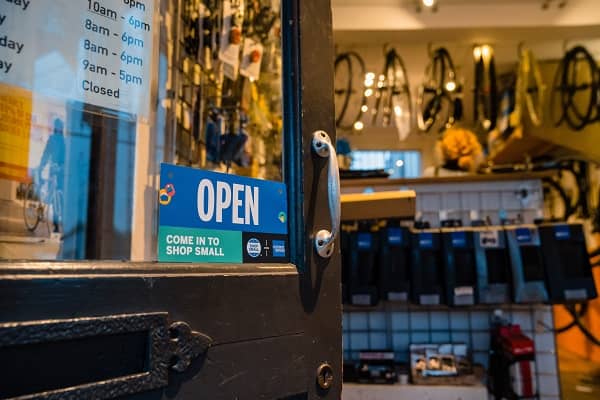 Brits rallied to support their local shops, restaurants and cafés as Small Business Saturday celebrated its tenth year in the UK, with £774m spent in small businesses nationwide according to research commissioned by founder and principal supporter American Express.

The total spend was up nearly 30% (29.4%) on last year as 12.8million shoppers took to their high street to spend with local small businesses.

Independent cafés, butchers, bakers and grocery stores were among the businesses seeing the lion’s share of this boost as prominent political figures such as Prime Minister Rishi Sunak and Leader of the Opposition Sir Keir Starmer voiced their support for Small Business Saturday.

Small Business Saturday, which celebrates small business success and encourages consumers to ‘shop small’ and support businesses in their communities, is the UK’s most successful small business campaign. Over the 10 years it has been running in the UK, it has engaged millions of shoppers and seen billions of pounds spent with small businesses.

The American Express research showed that despite the current economic environment, shoppers are demonstrating a real sense of community spirit and the importance of small businesses: 70% of people said that over the past decade, they’ve become more aware of the positive impact small firms have on their local communities.

What’s more, 65% said they will continue to shop at small businesses throughout next year because of the impact it has on their local community.

“It’s clear that the UK remains a great place to start and build a business and that the general public’s affection for small businesses not only continues, but grows year on year. As we celebrate a decade of Small Business Saturday, once more we see small businesses shining a beacon of hope for our high streets and our economy.”

“Despite tough external challenges, shoppers appreciate their local small businesses and the valuable contribution they make to their communities – which is why we’ll continue to back them all year round.”