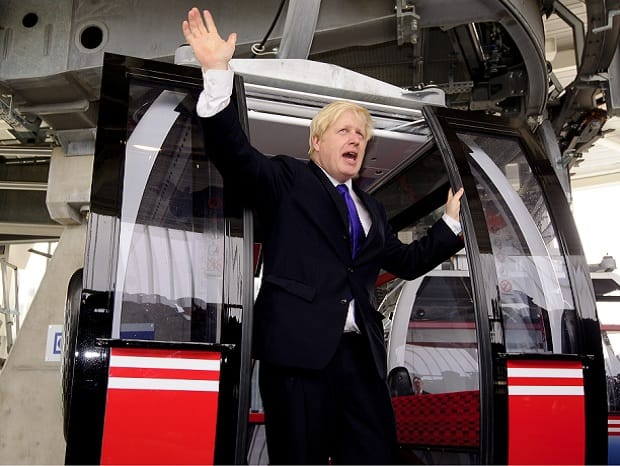 The cable car launched in June last year and Emirates Airline signed a £36m deal to sponsor it.

As per the contract, Transport for London (TfL) cannot condemn the Dubai government, or get funding from Israel for the cable car system as the UAE does not diplomatic ties with the country.

Former Mayor of London, Ken Livingstone, told the Huffington Post, “Boris just doesn’t do detail. He was very busy writing a book about the history of London at the time.”

The contract said that TfL would be “considered in default” if it sold “a material part” of the cable car system or assigned it as security to a “Conflicting Person”.

The contract defines a “Conflicting Person” as:

“(i) any Competitor; or (ii) any person who is a national of, or who is registered, incorporated, established or whose principal place of business is in a country with which the United Arab Emirates does not at the date of this Contract or at any relevant point during the Term maintain diplomatic relations;”

The Mayor’s office admitted that Johnson was unaware about the clause. Once learning about the contract this week Johnson asked TfL boss Sir Peter Hendy to speak to Emirates and discuss amending the contract.

“Following those discussions Emirates agreed to remove the clause and re-work the wording. The Mayor is pleased Emirates has moved quickly to clarify the situation,” a spokesman told Huffington Post.