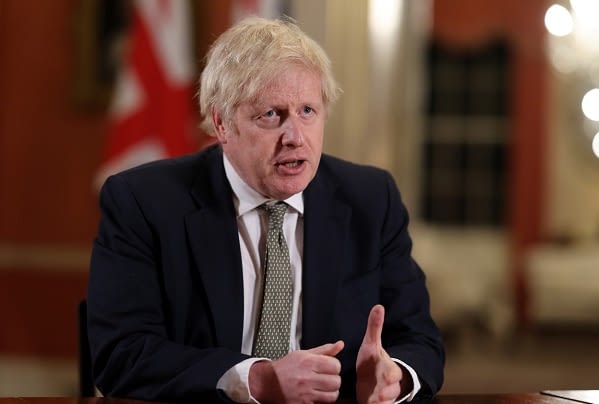 The Prime Minister, Boris Johnson has warned on Monday that the UK will soon “feel the effects” of Europe’s third wave as it sweeps across the bloc.

The Prime Minister told Sky News, “I’ve talked to our [European] friends repeatedly over the period.

“We’re all facing the same pandemic.

“We all have the same problems.

“I think one thing that’s worth stressing is that on the continent right now you can see sadly there is a third wave under way.

“People in this country should be under no illusions that previous experience has taught us that when a wave hits our friends, I’m afraid it washes up on our shores as well.

“I expect that we will feel those effects in due course.

“That’s why we’re getting on with our vaccination programme as fast as we can.

Concerns a ‘third wave’ hitting the UK in a matter of weeks after a surge in cases in Europe are growing.

A government adviser, who sits on the Scientific Advisory Group for Emergencies (SAGE), said the UK is often a few weeks behind Europe in terms of infection levels.

The Welsh First Minister, Mark Drakeford also warned it was very likely a third wave was on its way to the UK, and it was not a question of “whether it will happen, it’s how it will happen.”

Drakeford added, “Just as we have seen in Paris over the last few days, France was doing incredibly well only a few weeks ago and are now finding a sudden and significant flare-up.”

Professor James Naismith, of the University of Oxford told ITV News, “The worry is that if we relax our guard, if we’re not careful it’ll start to rise again.

“The vaccination programme is saving lives and preventing deaths but it isn’t yet making a difference to the spread of the virus in the young and of course if it really spreads quickly in the young that will have real problems for the country.”

Despite this the Prime Minister insisted that the UK are on course to vaccinate the top nine priority groups by 15 April.

The vaccination programme will pave the way for the government to “just bash on with the road map” which will help ease the lockdown.