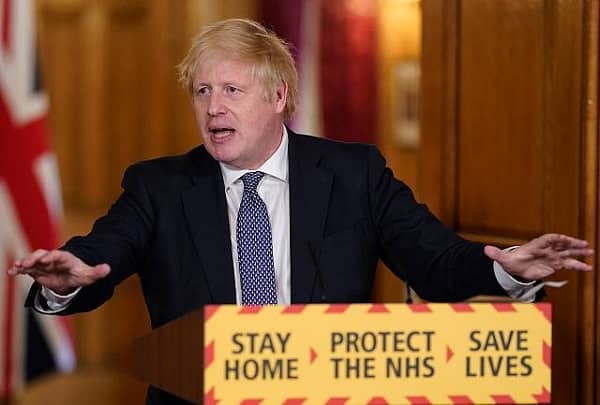 Boris to address the nation today as the virus is spreading

The Prime Minister, Boris Johnson is to address the nation later today and he is expected to make an urgent plea for people to stick with the lockdown rules.

England has now been in lockdown for over three weeks, but the virus is still spreading and there are “concerns over the mutant strain,” and the current measures could last until at least the summer.

“The deaths we’re seeing now are from levels of prevalence very similar to this.

“We can’t expect them to drop to low levels.”

On Thursday, Johnson said that no decision has been made over easing or lifting the lockdown and warned that the next few weeks are “unquestionably going to be tough.”

Environment Secretary George Eustice told Sky News today, “We need everybody to play their part, to abide by the restrictions we have got in place to limit the spread of this virus.

“And, yes, that does mean we have to intervene, sometimes in quite a draconian way and issue penalties, and we make no apology for doing that because you can see the impacts of this virus spreading.”

He added, “The lockdown will end once we have made further progress on rolling out the vaccines.

“Just shy of five million people have been vaccinated, as of yesterday.”

Johnson was asked if England could stay in lockdown until the summer, he said, “I think it’s too early to say when we’ll be able to lift some of the restrictions.”

The Prime Minister added, “We’ll look on February 15 at how we’re doing but I think what we’re seeing in the ONS data, in the React survey, we’re seeing the contagiousness of the new variant that we saw arrive just before Christmas, there’s no doubt it does spread very fast indeed.

“It’s not more deadly but it is much more contagious and the numbers are very great.”

He has strongly urged the public to continue following the lockdown rules, saying it was “absolutely crucial” to reduce the rate of transmission.