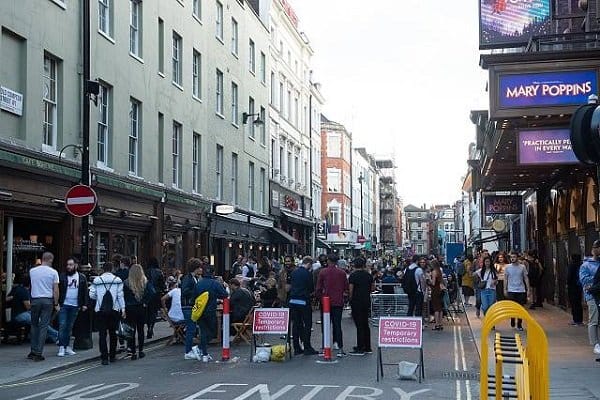 The Prime Minister, Boris Johnson is expected to sign off the controversial “vaccine certification” on Sunday which will be subject to a “time limit” of less than a year.

The scheme is the only way to allow the reopening of pubs, theatres and stadiums to the public. However, Johnson is facing a backlash from 72 cross party MPs who oppose the idea of a “checkpoint Britain” which has been branded “divisive and discriminatory.”

In an attempt to make Tory rebels happy Johnson is to assure them that the vaccine passport scheme will be temporary.

A Whitehall insider told the Daily Mail, ‘It will be time limited and I think the duration of the scheme will be measured in months.

“The party will not wear any longer.”

Emma McClarkin, chief executive of the British Beer and Pub Association (BBPA), said the passports would be an ‘additional burden’ to landlords.

McClarkin said, “We will play our part in test and trace but the additional burden of the vaccine passport could really, really scupper things.

“It is a difficult process for us to implement in venues and yet today we have not had a consultation with the Government about how we would do this in pubs.”

Chakrabarti told BBC Radio 4’s Today show, “It’s one thing to have a passport to travel internationally, that is a privilege, even a luxury, but participating in local community life is a fundamental right.”

The government have said that no final decisions have been taken on how the certification could help to reopen the economy.

A spokeswoman said, “The review is considering a range of issues, including the ethical, equalities, privacy, legal and operational aspects, and what limits, if any, should be placed on organisations using certification.”