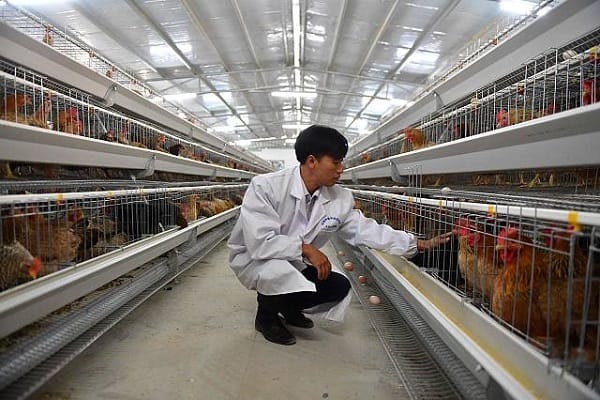 Bird flu cases confirmed in Scotland and across Europe

Farmers across the UK have been placed on watch for bird flu after a confirmed case on a Scottish farm, farmers have been warned to ensure the “highest levels of biosecurity.”

Poultry farmers have been recommended to clean and disinfect vehicles and equipment that has come into contact with poultry and promote biosecurity.

The National Farmers Union (NFU) Scotland said in a statement, “Urgent message for poultry keepers – low pathogenic Avian Influenza (AI), thought to have been contracted from wild birds, was confirmed in a Scottish free range laying flock at the end of last week.

“Please ensure highest levels of biosecurity at this time.”

Since January there have been a series of outbreaks of avian influenza in the central eastern part of Europe.

A spokesman for the European Centre for Disease Prevention and Control (ECDC) said, “Large and small poultry holdings as well as backyard farms raising different bird species including turkeys, chickens, ducks and geese were affected.

“To minimise risk, people that are exposed to potentially infected birds should avoid direct unprotected contact to birds or their droppings and take appropriate personal protection measures.”

In December 27,000 birds were culled at a commercial poultry farm in Suffolk after a number of birds had the H5 strain of avian flu, which is identified as a “low pathogenic.”