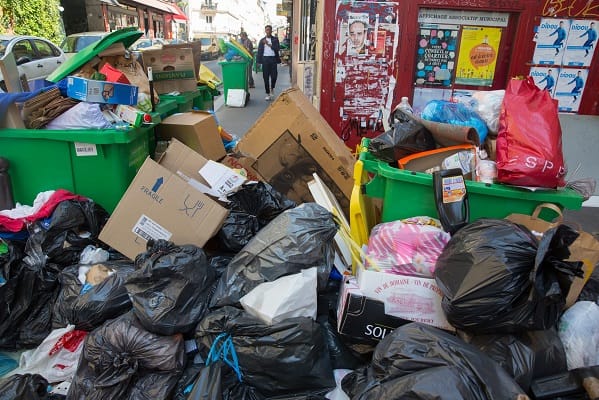 London bin workers are preparing for industrial action which will last a week after they rejected a 9.9% pay rise.

The Unite union said 99% of their members voted for industrial action after they rejected a “measly £850” pay rise whilst “inflation is rocketing.”

Around 130 drivers, sweepers and loaders who are employed by Newham Council in East London will strike from 3 September.

Unite are demanding a 10% pay increase and the Mayor of Newham, Rokhsana Fiaz, said the council had offered their workers £2,229 which is an increase between 7.8 to 9.9%, but they are wanting a 10% pay rise and a change in conditions.

Top tips: ‘Vampire Energy’ is ‘costing UK households £2.2bn a year’ in electricity bills, ‘turn it down or turn it off’ and save

The Mayor said their demands would lead to an additional £1 million a year and would spiral in to tens of millions more should the whole council demanded more money.

She added, “Simply put, the council doesn’t have that level of money spare, as all our money is spent on vital services for all our Newham residents.”

“The council must now focus on reaching a deal with the workers who face a financial crisis. If they don’t, then the coming days will undoubtedly mean more industrial action.”

The union’s regional officer, Steve Edwards, said, “We appeared to be making good progress, but the talks ended with the council offering a measly £850 when inflation is rocketing.

“The workers are already paid far less than the crews in neighboring boroughs, but Newham just aren’t making a serious offer.

“So, the blame for this dispute lies squarely with the council when there is such a gaping hole in the workers’ pay packets.

“Time is running out. The council needs to get its act together.”

Mayor Fiaz said, “If the week-long strike action does go ahead, it will cause disruption to refuse and recycling collections for several weeks as the service area catches up with the backlog of collections across the borough.

“I know senior officers are doing all they can to resolve the dispute with the union and as soon as we have further information, I will provide an update including the contingency plans we will be putting in place.

She added, “Sadly, the people who will suffer the most are our hardworking Newham residents who earn significantly less than what has been offered to our refuse workers.”