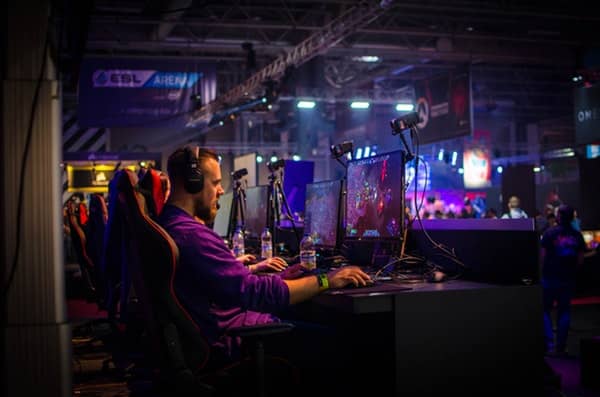 The internet and technology sector generates over 10 percent of the UK’s GDP, and with London being one of the world’s financial centres, it doesn’t surprise this capital hosts many interesting and relevant international events. Being a world center of many industries, professionals from all corners of this planet are gathered annually in celebration of their achievements. The gaming industry, as a large part of London and an industry with many large stakeholders, has a diverse and plentiful share of awards, like the British Academy Games Awards. But gaming is not just video gaming. The iGaming industry, which includes virtual poker, casinos, and sports betting, is also growing fast enough to have several dedicated award shows. All this makes London a very interesting place for all gaming fans and industry experts alike. Following award shows have marked 2021, for some very difficult, but from a gaming industry perspective, not so bad year after all.

An annual gaming awards ceremony hosted in London, England dedicated to gaming excellence which has long and recognised tradition. Betsson won several awards last year, most notably two awards at the prestigious IGA. Betsson Group was applauded for its market-leading self-exclusion service that allows problem gamblers to exclude themselves from all online gaming services. Second important award was the Mobile Operator of the Year, showing that Betsson Group was one of the industry leading companies in 2021 with Betsafe Online Casino as well as their other brands.

London SBC Awards is a prestigious iGaming event, which showcases the best online gaming software suppliers in the world. It provides an arena to reward and recognise excellence and achievement across all areas of gaming and gaming software. These gaming awards are an opportunity to showcase the very best products in software, design and innovation. The SBC Awards feature several categories, such as Operator awards, Affiliate awards, Supplier awards, Specialist awards and Payment awards. Last year, total of 43 awards were featured, where Betsson Group was awarded with Casino Operator of the Year and Bet365 with Sportsbook of the Year.

The EGR Operator Awards are widely recognised as one of the gaming industry’s most credible and sought-after accolades for suppliers across all gaming formats. EGR features four main categories; Headline, Operator, Affiliate and General category, each having several subcategories. The awards incorporate gaming industry peers’ nominations and a high calibre judging panel drawn from renowned gaming operators and suppliers. Last year, a total of 44 awards were given to industry-leading operators and affiliates.

The BAFTA Games Awards were established in 2004 to “promote excellence in gaming”. They seek to be a national reflection of gaming culture, celebrating the creative content within games while also highlighting the technology, artistry, and achievement of gaming. The awards are given to games that were released in the previous year. To be eligible for a BAFTA Games Award, a game must be at least partly funded by a British source/company. It is the only gaming event that delivers nominees, winners, and all other attending gaming executives direct to one venue, where they come together for a night of celebration and inspiration. The BAFTA Games Awards are determined by a jury of six gaming industry experts, who are led by an independent chairman. Many AAA titles won something at last year’s BAFTA, but there were some surprises as well.