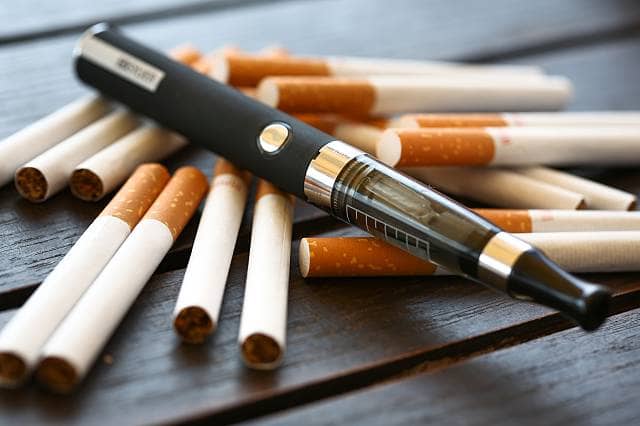 Big tobacco won’t change its spots, despite claims to the contrary

Outrage from public health experts and a last-minute plea from the UK’s largest lung cancer charity weren’t enough to stop Philip Morris International (PMI) from sealing the deal on its £1.1 billion takeover of British lung drug specialist Vectura. As a September 15 deadline elapsed, PMI announced that it had managed to obtain control of just under 75% of the inhaler manufacturer; the offer is now considered “unconditional”, meaning that Vectura’s remaining shareholders may be compelled to sell.

The audacious move is part of an attempt by the tobacco industry, and by PMI in particular, to rebrand itself as an entity which cares about public health. This supposed new leaf has unsurprisingly been greeted with a hefty dose of scepticism, given how often Big Tobacco has proven that it can’t be trusted. From concealing their knowledge of the carcinogenic and addictive properties of their products for decades to their ongoing involvement in the illicit tobacco market to their efforts to interfere with track-and-trace systems, the tobacco majors continue to frustrate tobacco control measures at every turn. It seems likely that PMI’s takeover of Vectura is just one more ploy in the industry’s relentless pursuit of profit.

As European policymakers have moved to crack down more aggressively on smoking, PMI has insisted on its intention to move away from cigarettes towards other avenues of profit. Philip Morris is doubling down on alternatives like heat-not-burn products and has claimed that it’s ready to phase out British cigarette sales altogether by 2030. However, critics have charged the company with hypocrisy given that PMI sells one in ten cigarettes worldwide and continues to aggressively promote its tobacco products in low- and middle-income countries (LMICs). Such markets currently comprise 80% of the 1.3 billion smokers worldwide, while PMI applied for a license for a new factory in Egypt just last month, demonstrating that its commitment to a smoke-free future is nothing more than lip service.

As such, the takeover of Vectura is seen as just one more effort to greenwash its reputation. The move has been described by one prominent anti-tobacco scientist as “like someone breaking your knees and then selling you the crutches”, while the head of the British Lung Foundation emphasized that the Vectura purchase “creates perverse incentives for PMI to sell more of its harmful products so that they might then profit again through treating smoking-related diseases.”

A track record of treachery

It’s not as if firms like PMI have any goodwill credit in the bank. Indeed, Big Tobacco is often regarded as having written the playbook on leveraging propaganda, fake news and public misconceptions to their advantage. A massive warehouse of more than 93 million legal documents built up over 27 years and umpteen court cases finally closed its doors to the public last month, with its contents now having been relocated to cyberspace. Those papers were crucial in uncovering the web of lies which tobacco companies spun for more than 50 years.

Their duplicity continues into the modern day. The tobacco industry repeatedly decries the parallel tobacco trade as a blight on their business—yet up to two-thirds of illicit cigarettes come from tobacco industry factories, and the major tobacco companies have repeatedly been found to be complicit in the smuggling of their own products.

Given the fact that Big Tobacco benefits from the parallel market, it’s not surprising that the tobacco majors have tried to thwart international efforts to clamp down on it. In particular, the industry has embarked on a concerted scheme to ensure that the track-and-trace schemes called for by the WHO’s Framework Convention on Tobacco Control (FCTC) and its associated Protocol on Illicit Trade don’t cut into their margins.

The FCTC specifically stipulates that any track-and-trace system should not be subject to industry influence—yet PMI has gone to great lengths to influence this vital tobacco control measure and subvert it for its own interests. The tobacco giant devised its own “solution”, dubbed Codentify. In an effort to cast Codentify as independent, PMI leased Codentify to its rivals for free, sold it to a third-party company Inexto for a rumoured fee of just one Swiss franc and formed a committee with other tobacco majors to promote it to organisations and governments around the globe. Quite apart from assessments that Codentify is inefficient and unfit for purpose, there’s also the troubling fact that all of Inexto’s top officials are ex-PMI employees and several of their names are on the Codentify patent, casting serious doubt over how independent the system can possibly be and raising suspicions that Codentify could be one of the tobacco industry’s numerous attempts to water down tobacco control.

It’s clear, then, that while the industry might make the right noises when it comes to addressing the tobacco epidemic, Big Tobacco’s actions betray its ulterior motives. The tobacco industry has mind-blowingly deep pockets, and it hasn’t been shy in using them to maximise its profit streams and protect its long-term survival far into the future.

Recently, this has manifested itself in involvement in smuggling its own products and infiltrating the very systems set up to restrict that activity, as highlighted by the recent reports that BAT engaged in widespread bribery and mass surveillance in Africa. Now, the tobacco majors are weaving in an additional tactic through the acquisition of healthcare companies which specialise in treating the self-same afflictions that it currently causes. Already, PMI has bought Fertin Pharma and OtiTopic, both of which are pioneering new forms of treating tobacco-related health complaints. The Vectura takeover, however, is undoubtedly the jewel in its crown, allowing PMI to profit off the antidote as well as the poison. PMI has claimed that opponents of the Vectura deal are “not interested in progress”—when, in fact, it’s the tobacco industry which has spent decades devoted to stymying progress in the fight against tobacco.