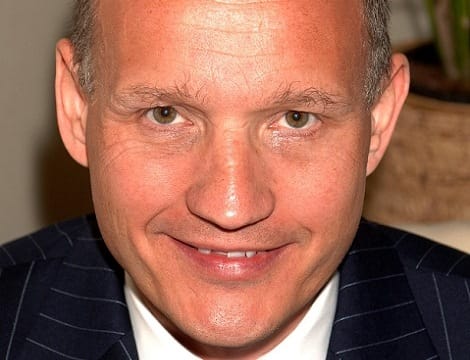 Barclays has announced its retail and business banking boss Antony Jenkins will take over as chief executive with immediate effect.

The under-fire banking group has appointed Jenkins the day after it confirmed the Serious Fraud Office (SFO) was investigating payments between the bank and its Middle East investors Qatar Holding, which is part of the sovereign wealth fund Qatar Investment Authority.

Jenkins takes on the role vacated by Bob Diamond, who stepped down after the interbank rate rigging scandal unfolded.

Shares in the bank opened 1% lower on Thursday.

Jenkins has been a member of the executive committee since 2009 and will pick up a salary of £1.1m a year. He will also receive a package including potential annual bonuses of as much as 250% of his salary and long term incentive shares worth up to £4.4m each year.

Sir David Walker will join Jenkins at the top of Barclays in November when he becomes chairman, taking over from Marcus Agius, who announced he would be resigning after the Libor rigging row.

The pair will take over the leadership of the bank as it looks to navigate through a period of uncertainty.

Agius said: “Antony’s appointment has the support of all the directors; we are confident that, supported by the board and the executive committee, he will work quickly to take the group forward.”

He added: “I am pleased that the new leadership of the bank is settled.”

Jenkins made repairing Barclays’ tarnished image his number one priority.

“We have made serious mistakes in recent years and clearly failed to keep pace with our stakeholders’ expectations.

“We have an obligation to all of those stakeholders – customers, clients, shareholders, colleagues and broader society – and a unique opportunity to restore Barclays’ reputation by making it the ‘go to’ bank in all of our chosen markets.

“That journey will take time, we have much to do, and I look forward to getting started immediately.”

Barclays has been hunting for a new chief executive since Diamond stepped down in early July amid the furore following its £290m settlement with UK and US authorities for attempting to manipulate the Libor rate during the financial crisis.

Who will replace Bob Diamond at Barclays?