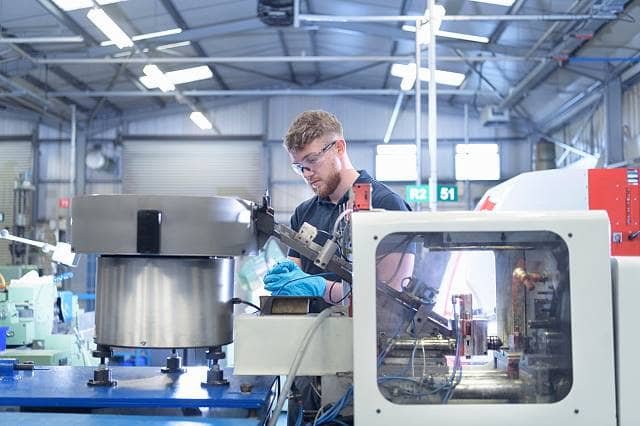 * Based on a comparable scope of consolidation and constant exchange rates.

Assystem’s consolidated revenue rose by 12.4% in 2018, breaking down as 6.8% in like-for-like growth, a 7.1% increase due to changes in the scope of consolidation and a 1.5% negative currency effect.

Revenue growth for the fourth quarter came in at 18.9% (13.0% in like-for-like growth, a 6.9% favourable impact from changes in the scope of consolidation and a 1.0% negative currency effect), continuing the steep upward trajectory seen in the third quarter. As expected, overall like-for-like revenue growth for the second half of 2018 was very robust (representing 12.9% compared with second-half 2017).

Revenue generated by the Energy & Infrastructure division advanced 14.7% to €391.3m in 2018. Like-for-like growth was 7.5%, changes in the scope of consolidation had a positive 8.3% impact and the currency effect was a negative 1.1%. In the fourth quarter, the division’s revenue was up 21.7% (15.2% in like-for-like growth, a positive 7.9% from changes in the scope of consolidation and a 1.4% negative currency effect).

At €140.3m, Energy Transition & Infrastructures (ET&I) revenue rose 3.3% year on year (reflecting a 7.5% like-for-like decline, an 11.4% favourable impact from changes in the scope of consolidation and a negative 0.6% currency effect). In the fourth quarter, overall growth was 16.8%, with a like-for-like increase of 4.7%. For the second half of 2018, ET&I’s revenue was up 4.2% on second-half 2017 like-for-like, marking a clear upswing compared with the first half of 2018. This period-on-period improvement notably stemmed from Radicon’s Building Infrastructure activities and the Life Sciences business.

Revenue for the Staffing division totalled €44.2m in 2018, representing a 2.4% year-on-year increase at constant exchange rates. The division’s Industry activities contributed half of its 2018 revenue figure, with their growth offsetting the downturn for Oil & Gas activities. The currency effect on Staffing’s reported revenue was a negative 4.5% for the year as the majority of its revenue is generated in US dollars and currencies pegged to the US dollar. In the fourth quarter, revenue rose 2.5%, including a positive currency effect due to the upswing in the USD/EUR exchange rate in the latter part of 2018.

The Group is standing by its previously announced EBITA and free cash flow targets for full-year 2018.