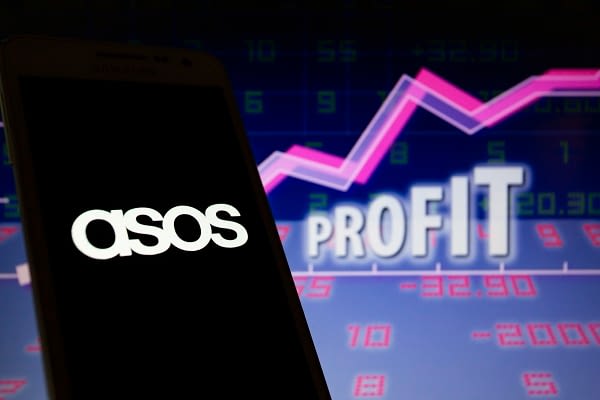 Asos chief executive Nick Beighton has stepped down immediately. It comes as the online retailer warned that profits will be hit by rising costs and supply chain disruption.

The retailer expects pre-tax profits of between £110 million and £140 million.

The market had a sense that life has been a bit of struggle for ASOS, given the gloomy update from rival Boohoo in recent days which seemed to confirm that the fast fashion industry was not enjoying the best of times.

The scale of the problems at ASOS appear to have been underestimated but the company parting ways with its chief executive is less of a surprise. Nick Beighton has been struggling to steer the ship through problems that go back quite a few years.

Russ Mould, investment director at AJ Bell, said: “The near-term outlook is somewhat bleak for ASOS. Sales growth is expected to slow quite dramatically; cost pressures and supply chain problems could remain intact for a while, which means profit margins will be squeezed; and consumer uncertainty could result in volatile trading patterns.

“ASOS is guiding for pre-tax profit in the year of £110 million to £140 million, which is 35% below the market consensus forecast of £193 million if you take the mid-point of the profit range.

“Nick Beighton had risen through the ranks of ASOS in his 12 years with the company, moving from chief financial officer to a dual role as chief operating officer and numbers man, and then CEO in 2015.

“He took the top job just as the fast fashion movement was really going places, but that success also brought in more competition and the big players in the industry had to spend big on marketing to keep their brand front and centre for consumers.

“Cost inflation is a problem affecting multiple industries, so not something that can be blamed on Nick Beighton. But he appears to have lost his position in the company due to a struggle to sustain momentum in the business.

“ASOS seems to have found it hard to keep up with the fast fashion movement in recent years, coming under criticism for not being able to turn around new product designs quickly, experiencing warehouse problems and poor stock availability.

“The company ploughed on with expansion in places like the US. It secured the crown jewel from the Arcadia empire, buying Topshop earlier this year, but it has not had time to put the brand to proper use.

“Customers have so much choice with where they buy clothes and competition continues to grow, with the likes of China’s Shein making a big mark on the UK. Players must either excel in one or more categories of price, product range and quality, and ASOS will need to do something extra to make it stand out from the crowd.”

How to pick out the best online casinos