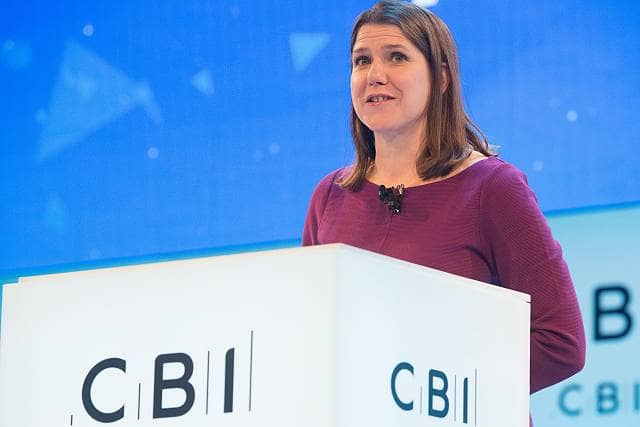 The Liberal Democrat leader Jo Swinson has insisted they plan to abolish business rates which will “rescue the High Street.”

Swinson who was speaking at the CBI annual conference in London said by staying in the European Union will bring a £50bn boost to the UK’s economy.

The Lib Dem leader said, “The Liberal Democrats are committed to supporting small businesses who are the engine of our economy.

“That’s why the Liberal Democrats would scarp business rates and replace them with a commercial landowner levy.

“It will shift the burden from the tenant to the landlord so that we can breathe new life into our high streets.”

She has said her party will replace business rates with a commercial landowner levy which is “bold and innovative” which will rescue the High Street.

She added, “This is an innovative and bold policy that is needed.

“Let’s remember what the issues are that we’re trying to solve here, businesses on the high street have been struggling for many years now and they find the business rates can be a crippling cost and this is at a time when they’re already having to deal with footfall falling, competition from online competitors where they aren’t having to pay the same type of rates.

“So, I think this is an important change, and clearly it being borne by landlords, some of that may well be passed on but we also recognise it will not all be and this will provide a significant boost for businesses.”

To an applause at the conference she said, “Boris Johnson talked of a Brexit boom this morning, but we know it is much more likely to be a Brexit bust.

“We believe that being part of one of the most successful economic blocs in the world is the best guarantee we can have for our future.

“For the success of our businesses and for our country, we believe that our best future is as members of the European Union.

“That’s why a Liberal Democrat government will stop Brexit on day one.”