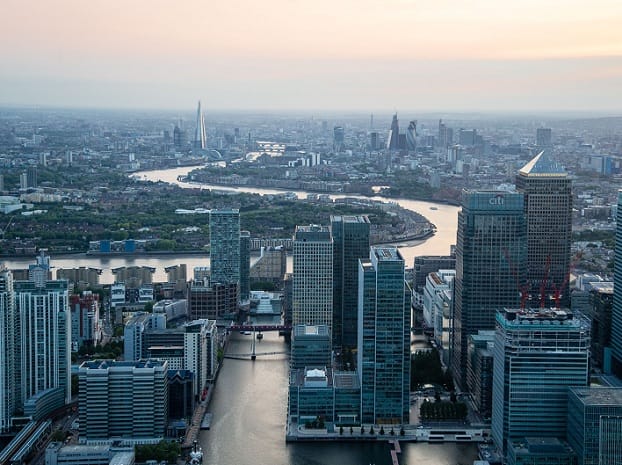 A tale of two countries: the UK’s unequal economic recovery

Why is London powering ahead of the rest of the UK, and can the country rebalance?

London and the South East seem to have bounced back successfully since the financial crisis in economic terms, and are powering ahead of other UK regions’ growth. But is London’s prowess detrimental to the rest of the country, and is there business activity in the regions that will enable a more geographically balanced economy?

“Without question, London and the South East are outpacing the rest of the UK,” says Gavin Isle, co-head of UK and Ireland, Corporate Banking, Barclays. This is something Isle expects to continue for a number of reasons: “Consumer confidence is higher in London. The average house prices are higher. London has better access to skilled labour within the UK, and increasingly to European labour.”

Some 63% of London’s 8.3 million people are aged under 44, compared to the UK average of 53%, according to ONS data. Isle points out that “the young, skilled, motivated labour force is a real driver for growth in the capital, and it’s quite hard to replicate elsewhere”.

But London’s young population is transient. When high-energy young workers begin settling down, they tend to move out of the capital. And this is where the regions outside of London start to benefit from their talents and spending power.

Isle points to the professional and legal sectors, which are seeing “mid-30s professionals moving out of London to areas like Bristol”. When London-based law firms are overloaded with work, they then “look to export some of that work to lower-cost areas, and that can have a positive impact”. Magic circle law firms are also “looking to move significant operations outside of London, whether in Bristol or other areas,” Isle adds, to reduce their cost bases. This phenomenon isn’t unique to the legal sector though. Isle says that “cities and businesses outside of London should think about how they can attract the talent moving out of London”.

The diffraction of talent isn’t the only way that London’s commercial prowess can have positive ripple-effects on other regions. London receives more foreign direct investment than any other region, accounting for 45% of all projects in 2012, according to Ernst & Young.

“Is that good or bad?” postures Tony Walsh, co-head of UK and Ireland, Corporate Banking, Barclays. “It’s a bit of both: the brand of London is recognised internationally and attracts investment to the UK. However, London is still dominant and other regions and cities have to do more to establish their brand if they are to successfully compete for investment.”

A benefit of investment into London, is that the financial growth supports the rest of the UK through tax revenue. One pound in every five earned by Londoners is used to fund the rest of the UK, according to a 2012 report from the Centre for Economics and Business Research.

Innovation across the UK

In growing London’s modern economy, Isle emphasises the importance of innovation, especially in the digital sector, supported through initiatives like Tech City. But London isn’t the exclusive flag-bearer of our fast-growing tech sector, nor can it lay claim to certain other industries vital to economic growth.

Isle identifies three other key tech hubs outside of London: the Thames Valley, particularly in Reading and Bracknell; Oxford, which is particularly excelling in academic spin-outs, pharma and bio-tech businesses; and Cambridge, around the university.

He is also seeing growth and high promise in “engineering – in particular more bespoke and creative engineering, from both traditional heavy and high-tech UK businesses – across a number of parts of the UK”. He highlights the South West’s thriving aerospace and engineering sector, which boasts Dyson as the jewel in the crown.

Manufacturing is an industry powering the growth of the regions outside of London and the South East. “With concerns about the health of the Eurozone, Manufacturing companies have been focused on taking the costs out of their businesses, keeping investment levels fairly static over the last five years”, Walsh explains.

“But those companies are now realising that interest rates will remain low for some time and so we’re seeing more confidence. An investment decision might be relatively minor, such as buying a piece of machinery, but those decisions snowball. With strong management and a robust plan, businesses should feel confident investing to grow.”

Walsh highlights Birmingham and Newcastle as cities that have shown growth and investment in manufacturing. With growth of the car industry in Birmingham, and in Newcastle “a reinvention of itself, going back to the basics of good old manufacturing”.

The business benefits of being outside London

It doesn’t take a professor of business studies to understand why certain industries and companies choose to expand outside of London: virtually all fixed costs are lower outside the capital, most notably staff and premises.

Walsh thinks there are more tacit advantages to doing business in the regions, too. “Businesses get a good solid infrastructure and cost base to grow from. They also have a kind of a steely view of life in some of these regions, which makes them quite resilient.” He also feels businesses outside of London tend to be better at communication, because often their staff and suppliers are more geographically spread out. “This is something that all businesses and those in London can learn from, especially as more business is being done globally.”

There are encouraging indicators that the regions are set for growth. The political world seems to be lending its support to this goal. The relocation of the BBC to Salford in 2012 has seen “other companies setting up or relocating to be close to the ‘mothership’,” Walsh notes. The £2bn-a-year Single Local Growth Fund, announced last summer, is intended to promote regional growth. And the likelihood of HS2 and the possibility of expansion of regional airports could give the regions the infrastructure boost they need for long-term economic advancement in the coming decades.

These measures may take time to impact regional growth. But there is sound business opportunity for the regions outside London in the interim, provided they can stand their ground in the years to come.

Produced in partnership with Barclays