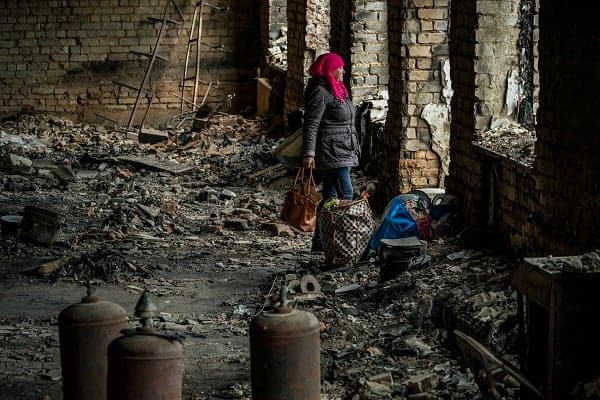 As Ukraine’s first lady Olena Zelenska addresses MPs in the House of Commons, the Speak of the House Sir Lyndsay Hoyle has warned that the Holocaust “is happening again.”

Sir Lyndsay said that people must not succumb to “news fatigue” saying, “It is easy for those of us who live in peace to not want to think about what you are going through…

“Just as we must not forget the Holocaust, we cannot deny it is happening again.”

He added that the West must not “”sleepwalk into thinking this situation is going on in a faraway land,” and that the first lady’s speech “must shock us awake again,” adding that the British people are “shocked and appalled” by Russia and their war in Ukraine.

Zelensky said in her historic speech in Parliament that “victory is not the only thing we need – we need justice,”  and she is calling on the UK to help to bring justice for Ukraine and is urging for a special tribunal.

She compared the war in Ukraine to the Second World War and air raid sirens then were heard which are “identical to those heard by the British generations who did not surrender, and we will not surrender.”

Zelenska told MPs that it would have been unthinkable for the Nazi regime not to have been tried for their war crimes.

She is asking for the UK to help set up a “special tribunal” so that Russian soldiers, commanders, top brass and other officials be tried for “crimes of war and terror” saying that Britain could be a world leader.