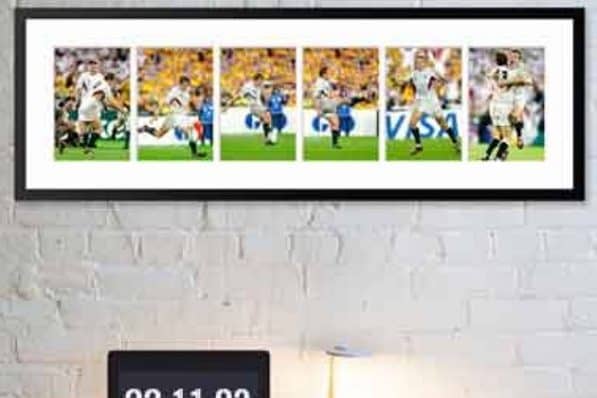 A complete guide to printing techniques you can try now

Printing has been a cornerstone artistic technique for as long as we have evidence of people creating art. A considerable number of different techniques have been developed and refined by generations of artists. We can find early forms of prints from the 1st century in China, and the method of creating prints spans across every continent of the globe, all with slight variations. Printing techniques became particularly popular in 15th century Europe. The development of the printing press meant that both works of art and texts could be reproduced and distributed in quantities that couldn’t have been done before. The spread of ideas is what influenced massive revolutions in Christianity and culture throughout the Renaissance. It’s clear then that printing has had a huge impact on society, and learning about these techniques and implementing them yourself can be very rewarding.

An original print is one that an artist or designer has created, often as a part of a first edition run. The unique aspect of printing is that theory and design can create copies of the print themselves, which can be an important distinction when buying prints. Original prints are often signed and dated to show that they are indeed a part of the artist’s collection, and usually, there’s a limited number of original prints in circulation.

As we explore different printing techniques, it should be noted that they are often combined to create exciting new designs and forms of expression. It’s not uncommon to find a print that uses etching, woodcut, and engraving techniques to produce a final product. As you discover new techniques, artists should feel empowered to dabble with and combine different methods to create something unique.

The first family of printing techniques is called relief printing, which is the process of creating a raised profile on a solid piece of material, and then covering this with ink or paint and pressing it onto paper. The raised profile is often created by carving into something like wood with a knife to create a design that can be printed multiple times. The most common types of relief printing are woodcut and linocut.

Printing using a wooden block is one of the most popular methods of relief printing and is a technique that has been used for many years. The famous Great Wave from Japanese artist Katsushika Hokusai was made using woodcut printing techniques and show the potential of using this method. Taking a plate of wood with a flat surface, you start by cutting grooves into the design you wish to print, with the raised edges being covered and printed onto your desired surface. Pressure can be added manually using rollers, or a printing press can be used to ensure an even print.

This is an engraving technique, but unlike engraving into the metal where the recesses in the printing plate transfer the ink and design over, it’s the raised area that’s printed. Using woodworking knives, you take out areas of a wooden block to create the design you’d like. You then use a roller to transfer ink or another medium to the block in an even fashion and print this to the surface you desire, most likely using a printing press to give an even print.

With this method, the exact same steps are taken, but the design is split into several pieces that all fit together to create the final product. Each block has different colors or shades that overlay on top of each other.

Linocut is the shortened term for linoleum cut and refers to the material that’s used in this form of printing. The technique itself is very similar in theory to woodcut printing, but rather have the hard properties of wood. It’s generally more supple and easier to work with. You can also get linoleum in many different sizes, meaning that much larger prints are possible compared to woodcut prints. Rather than having to carve out your design into the wood, which can be difficult and time-consuming, you can use a knife to create your design, which allows for more precise lines and a generally easier process. Like woodcuts, you apply ink to the raised parts of the block you’ve been working on, and then press this onto your sheet of choice. This is often a great technique to start with as it’s more accessible than other more complex printing methods.

Another simple but effective way of printing, monotype prints are made by drawing onto a sheet of paper with ink, and then pressing it onto another sheet of paper while it’s still wet. This generally only produces one print, which is where the name comes from, but you can occasionally get an additional print if the ink is damp enough.

Screenprinting is an interesting method that involves creating a stencil that stops ink from passing through when ink is pushed through it. This is a method commonly used to print on textiles like t-shirts, and some fantastic companies provide screenprinting services such as https://thrivescreenprinting.com/wholesale-screen-printing/. To screenprint a design, the screen is pulled across a stable frame, so that it can’t move, and then the paper or other material is attached to the back. Ink is then applied to the top of the mesh on the frame and pushed through with a squeegee, and the design prevents ink from getting through to the other side in certain areas to create the impression that’s desired.

Planographic printing refers to printing techniques where there’s no difference in depth between the surface you’re printing from and to. Lithographs are one of the most common forms of planographic printing and use the idea that oil and water repel each other to create a print. Start by drawing your design on stone, and then an oil-based medium is used to create the design. This is then submerged in water, and ink is applied to the design. The oil attracts the ink while untouched areas of the stone remain clean, and once the stone is taken out of the water, the design will have enough ink attached to it that paper can be pressed into it, and a print can be taken.

Using similar printing principles from one flat surface to another, this takes gelatine and potassium chromate, which, when combined and exposed to light, leaves a texture that can absorb ink. This is usually done on a plate made from glass or zinc, and when printed lithographically, the areas with more gelatine absorb, and therefore print in a darker color than the areas with less or none.

Industrial printing uses lithography on a larger scale, but uses the same principles as the more manual techniques already covered. A large zinc plate is used instead of a stone, and then the text or image is added to this via rollers with ink, making the technique very easy for mass producing documents like newspapers.

This is the name of the third major group of printing techniques, and rather than printing using the raised portion of a design, or printing on two even surfaces, this involves methods of making a recess that ink can pool into, and then pressed onto paper to make the print. The name comes from the Italian word that means ‘cut into,’ which perfectly describes this technique, with etching and engraving being two common examples of this. Intaglio prints will look unique in that the ink will look slightly raised off the paper it’s printed on, giving it some depth and texture that can’t be replicated using other techniques.

Engraving prints are created by taking a metal plate and creating recesses directly into the sheet with a tool called a burin, a hot and sharp-pointed tool. Lines are cut into the plate, and depth can be created with pressure and going over the same line multiple times with the device. Rather than moving the burin to develop curves, the whole plate is moved while the tool is left in a fixed position. This is a slow and challenging technique, and mistakes can be costly – it takes considerable effort to fill in a line that hasn’t been drawn correctly, with a new piece of metal being forced back into the area where the mistake was made and smoothed over. Drypoint is another type of engraving, but done by scratching into the metal plate with any sharp instrument rather than using a burin. This will naturally cause grooves with a recess and a ridge where the tool passes through the metal, picking up ink when the plate is printed onto the paper, giving a more distinct look compared to other methods.