Home Business News 40,000 BT and Openreach workers strike over a dispute in pay which is the first telecoms strike since 1987 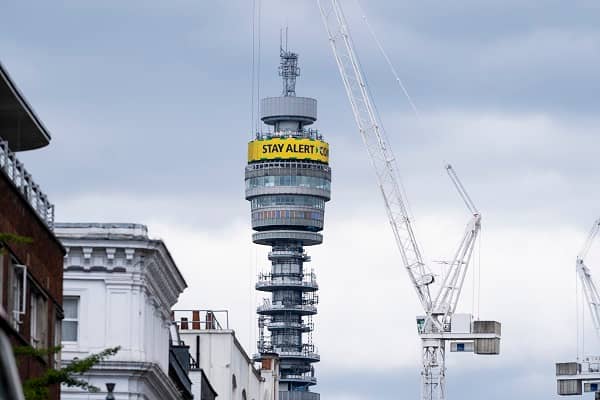 40,000 BT and Openreach workers strike over a dispute in pay which is the first telecoms strike since 1987

On Friday around 6,000 BT and Openreach workers in Scotland have gone on strike over a pay dispute as the company offered a “very small pay rise.”

The Communications Workers Union (CWU) said that 40,000 call centre workers and engineers have walked out across the UK which is the first telecoms strike since 1987.

Speaking to BBC’s Good Morning Scotland on Friday, the CWU’s Scottish regional secretary, Craig Anderson, said: “Our members in BT and Openreach are taking industrial action on Friday and Monday over pay.

“We went into negotiations with the company and they offered a very small pay rise. The union felt it wasn’t enough under the current cost-of-living crisis.

“There was no consultation, no negotiation and no vote or acceptance from members and the company has just imposed what they think is a reasonable amount of money for our workers.

“We’re willing at any point to get back round the negotiating table to discuss, to negotiate and to actually settle this dispute.

He said: “Announcing hundreds of millions of pounds in profit on the eve of the first national strike since 1987 smacks of arrogance and complete contempt for frontline workers.

“This dispute sits squarely at the feet of chief executive Philip Jansen. He represents everything that needs to change about big business in Britain.

“This is one of the worst examples of the corporate greed that people are so fed up with in Britain today.

“Workers at BT Group will never accept their bosses using Swiss banks while they use food banks. They deserve a proper pay rise, like all workers do.”

A BT Group spokesperson said: “At the start of this year, we were in exhaustive discussions with the CWU that lasted for two months, trying hard to reach an agreement on pay.

“When it became clear that we were not going to reach an accord, we took the decision to go ahead with awarding our team member and frontline colleagues the highest pay award in more than 20 years, effective April 1.

“We’re balancing the complex and competing demands of our stakeholders and that includes making once-in-a-generation investments to upgrade the country’s broadband and mobile networks, vital for the UK economy and for BT Group’s future – including our people.