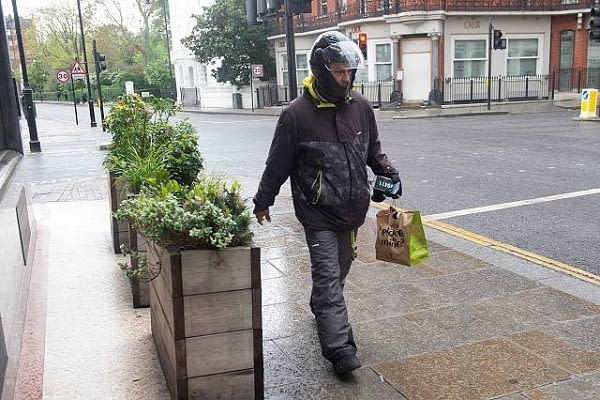 More than a quarter of the UK population are now living under extra coronavirus restrictions, which comes after almost 7,000 cases were confirmed on Friday.

In parts of the UK there are bans on people mixing with other households which came into effect from midnight in Wigan, Stockport, Blackpool and Leeds.

In a statement Health Secretary Matt Hancock said, “The latest data shows a sharp increase in incidence rates per 100,000 population in Leeds, Blackpool, Wigan and Stockport, which are significantly above the national average.

“As a result, we are making regulations which take effect from Saturday 26 September and will impose restrictions on inter-household mixing in private dwellings and gardens in Leeds, Stockport, Wigan and Blackpool.

“This is in line with measures seen elsewhere in the country, such as Leicester and the West Midlands. People who live in these areas will not be allowed to gather in a private dwelling or garden with any other household unless in a support bubble. People from anywhere else will also not be allowed to gather with another household in a private dwelling or garden in these areas.

Tight coronavirus measures are already in force across large swathes of north-west England, West Yorkshire, the North East and the Midlands, and parts of west Scotland.

The Welsh government has confirmed that from 6pm on Sunday Wales two largest cities Cardiff and Swansea will into a local lockdown, as well as the town of Llanelli affecting around 1.5m people.

The Welsh Health Minister Vaughan Gething said on Friday, that no-one will be allowed to enter of leave the areas, unless they have a reasonable excuse.

The Health Minister said that people must work from home where they can.

Hancock said, “Working alongside our scientific and public health experts and local leaders, we are prepared to take swift and decisive action to reduce transmission of the virus and protect communities.

“I recognise the burden and impact these additional measures have on our daily lives but we must act collectively and quickly to bring down infections.”

This comes the whole of London was added to the government’s list of areas of concern following a sharp rise in cases.