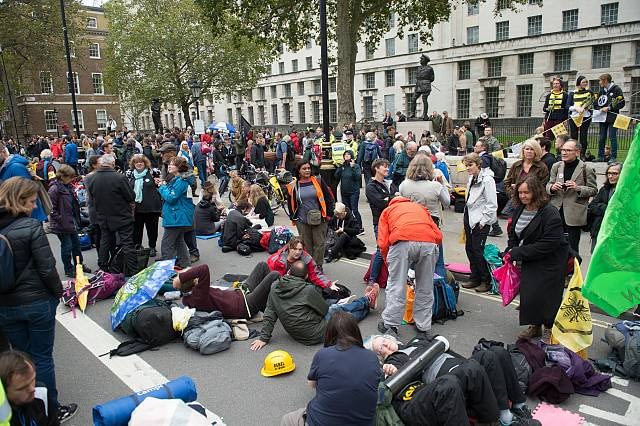 XR to protest at airports and roadblocks over bank holiday weekend

Extinction Rebellion (XR) are planning a series of protests over the bank holiday weekend, starting from Friday at airports and will impose roadblocks.

“Regional rebellion” will stage a series of protests across the UK, including London, Bristol, Cardiff, Manchester and Leeds.

There are larger demonstrations planned on 1 September in London, Cardiff and Manchester. This weekend there will be marches, sit-ins, bike rides and picnics along with roadblocks.

A “few thousand” people had indicated on Facebook that they will join the London event, according to Anneka Sutcliffe from XR Actions.

The London marches will start from Tate Britain then on to Trafalgar Square, Buckingham Palace, Westminster Cathedral and Smithfield Market.

Chris Newman, a GP supporter of XR, told reporters on Thursday, “Everyone in XR that I’ve spoken to is extremely mindful of the risks and we’re all concerned about health risks.

“That’s why we’re here, because climate change is a health issue as much as anything.

“So, everyone will be pushing very hard for all XR participants to be obeying government rules with social distancing, with them avoiding protests if they’re unwell, or if they have to isolate.”

Clare Farrell, a co-founder of the XR movement, said coronavirus “has shown us that things can change very, very rapidly when people realise that there is an existential threat to human life and if we took climate change as seriously as this pandemic then we are surely capable of making massive changes very, very rapidly.”

The Home Office warned this month, “Those facilitating or organising illegal raves, unlicensed music events, or any other unlawful gathering of 30 people or more may face a £10,000 fine.”

Paul Stephens, a former police officer who now supports XR, said their group had received a letter from the police outlining the restrictions and potential for fines “unless you are one of the exceptions.”

Stephens said, “The exceptions they list are businesses and charities and they didn’t mention protests, of course in the actual regulations protests are in there,” adding the “empty letter” was a “vague threat” and that XR would be challenging it at a meeting with police on Thursday.