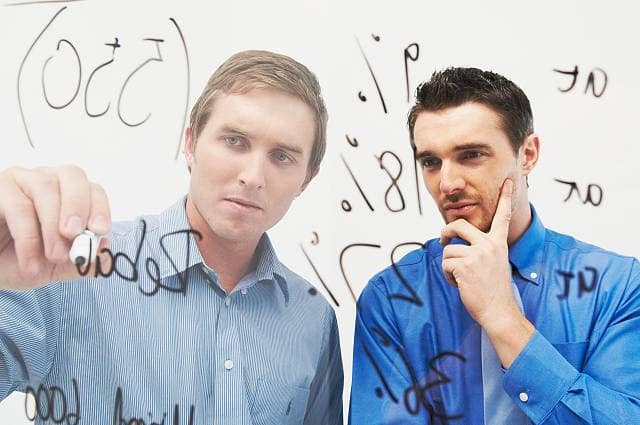 Why you should be eyeing up the Eastern European startups

The tenacity and global penetration shown by the Eastern European startups in recent years have been met with huge interest from investors; leading to almost $1.8 billion funds from private equity and venture capitals in 2016 to local talents. This is the highest amount recorded since 2009, according to the Invest Europe Association.

Undeterred by the aspersion on the importance of the Central and Eastern European markets by some entities, the ingenuity of CEE tech companies to develop products that fix cumbrous and persistent problems in different sectors has continuously led to huge traction of the market to venture capitals in recent times.

About 10,000 emerging Eastern European businesses have been able to raise their first rounds of funding in the last five years. In the same period, the CEE market has seen more than ten unicorns emerged, with a total valuation of €30 billion. Also, funding for CEE startups in 2018 reach a staggering amount of €700m, putting CEE startups that moved to the US and UK into consideration, the figure rises to €1.3bn.

Lots of Eastern European startups tech companies have achieved tremendous results in the tech space by building products that exert a huge impact on a global scale. Grammarly Inc. is one of such tech company, founded in Ukraine; it is a company that develops a digital writing tool using natural language processing (NLP) and artificial intelligence for effective writing of the English language. The value proposition of the company has attracted a total of $200 million in investment funds. With more than 20 million active daily users, in 2019, the company was able to raise $90 million with a valuation of $1 billion.

We have also seen MailerLite, a Lithuanian company that offers advanced automated email marketing campaigns, currently, with 930,497 businesses, startups and freelancers around the world subscribed, sending more than 1 billion emails every month, was recognized by SaaS Magazine as the 5th fastest growing SaaS business in the world.

DocPlanner, an emerging Warsaw-based online healthcare platform, is making it effortless for patients to book appointments with the right doctor. In May 2019, it announced raising a mammoth $89.8 million series E funding in less than two years after it raised $16.8 million in venture capital. The series E investment was led by One Peak Partners and Goldman Sachs Private Capital Investing among other contributors.

Warsaw and Tallinn are currently leading the space as the largest tech hub in the Central and Eastern European region by impressive numbers in venture rounds.

Estonia has the highest number of unicorns per capita in a country, a remarkable height for a country with only 1.3 million populations. The capital – Tallinn has become the powerhouse of innovations across Europe, hence, called the European Silicon Valley. The country has the highest level of development in the IT industry in Europe.

Among the key objectives published by Enterprise Estonia to build a blooming and thriving economy until 2023, is to increase the number of internationally recognized brand to 20; to raise foreign investments in Estonia to a total €1.5 billion between 2019 and 2023, and to create 5,000 new jobs in the same period.

The Estonia government has always maintained an opened arm towards innovation and technology, both from locals and from international entities. Presently, blockchain technology is being used in its judicial, health, security and commercial code systems. Lithuania and Estonia have an attractive visa plan for international entrepreneurs. The innovative tax system in Estonia is a competitive advantage; taxation is only applied to the distribution of benefits.

According to Virtue Capital, a private investment fund from Estonia, bridging emerging countries brings high achievements. Their hybrid 500k venture-debt euro-investment into a Ukrainian startup PRNEWS.IO a year ago brought the fund over 16% return after the first year. The synergy between the fund and the startup made PRNEWS.IO move to Estonia and get restructured, being now valued over €15M.

According to Genesis Investments, a common major problem for CEE startups at the early-growth and launch phase is their inability to attract investors from the USA and Western Europe. This is due to lack of market penetration, because, at the early stages, these startups make little or no sales in these foreign market, especially if the founders are not domiciled there.

At the Ukraine Innovation Awards 2020, Genesis Investments was awarded the Most Active Investor in Ukrainian Startups among venture capital funds. Based on the result of 2019 and the first half of 2020, Genesis Investments was able to closed deals with Liki24, Mate Academy, and Elision. But the most notable one is the $0.5 million investments in VOCHI, a Belarusian startup, despite their regular funding range being $300,000 – 400,000.

Genesis is seen to be attracted to startups with talented founders and team with good reputation, having products that solve real problems in peoples’ lives, with positive feedback from sales, and the company’s chances of profitability after two years.

A wise option for investment

The quest of investors for emerging and promising business is gradually drifting towards the CEE region. The waves of startups making a huge global dent from the region have been the catalyst for the attraction of venture capitalist. The industries that have received a large share in the investment capitals are Transportation (€345m), Fintech (€187m), Enterprise software (€123m), Marketing (€73m) and Fashion (€58m), according to dealroom.co, for 2018.

The CEE has become the home for several prominent venture capital investors in Europe, such as; Innovation Nest, Market One capital, Openfund, Karma Ventures, FlyCap, Contrarian Ventures, United Angels VC, among several other investors who have made the CEE a haven for themselves, funding promising startups.

In the last few years, Investors from North America (the USA in particular) have also developed more appetite for CEE tech companies. From 2017 till present, CEE tech industry has received over €0.2 billion per annum in investment funds from the North American region.

Many features have played to the advantage of the Eastern European tech hubs. Lower expenses, availability of valuable talents and infrastructure, entrepreneurial spirit, and government support have been remarkable. According to Overkill Ventures, the cost of operation in Latvia is three times less compared to London.

To establish a direct connection with the global market, many of the successful startups in the region based their development center in CEE while doing business development in Western Europe or the US. Emerging Eastern European entrepreneurs are keen on learning the English language and gaining valuable experience, which is essential to connect into the global economy.

With the growing popularity and increasing acceptance, there had never been a perfect time to invest in the Eastern European tech companies than now. Every success story in the region is accompanied by a tremendous growth in business and tech proficiency among the locals. The CEE startup ecosystem is still in the “gold-rush” phase, with many rewarding opportunities for startup investors and collaborators.