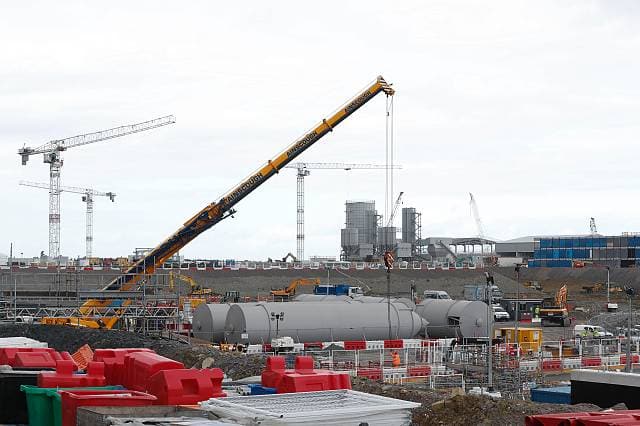 Why the Hinkley Point Project will hit the poorest the hardest

The UK government has wasted billions of the public’s money, the SNP has said – after a devastating report by MPs found that the white elephant Hinkley Point nuclear power plant would hit poorest communities hardest.

The report slams the Tory government for negotiating a bad deal on the project with energy company EDF – with the total cost to the public over the 35-year contract expected to be at least £30 billion. The MPs accused the Tories of making “grave strategic errors” and neglecting consumer interests.

The damning findings come on the back of a National Audit Office report earlier this year, which said the project was “risky and expensive” – with the latest report from MPs suggesting that the government has no plan on how to maximise the wider benefits of the project such as jobs or skills.

“This is yet another damning report into this hopelessly misguided nuclear project.

“The cost to bill payers is absolutely staggering – and given that it is being managed by the Tories, it is no surprise that it’ll be the poorest people who are worst affected by this bad deal.

“The Tories might think they can brush this under the carpet on budget day – but this issue is far too serious to be ignored. The Hinkley Point project is a waste of taxpayer money.

“Their nuclear obsession is set to cost consumers a fortune. The fact that they are happy to support this white elephant project, but abandoned the oil and gas sector in its hour of need, and pulled the plug on the innovative Carbon Capture and Storage project at Peterhead shows where their priorities lie.

“The Tories simply cannot be trusted to deliver for Scotland. They should abandon this costly nuclear project and instead focus investment where it can make a real, positive difference for our environment, jobs and our economy.”