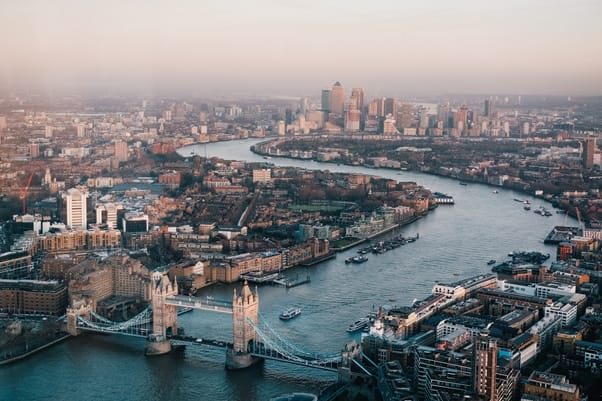 Why London thrives as the world economic hub

Among the major economic cities around the world, London holds its title of the global economic hub with dominance. Even the cataclysmic warning during the 2016 referendum related to grave consequences of leaving the European Union, many financial analysts suggested that London would lose its financial throne but so far all the forecasts have been proven wrong. London remains the banker to the world and has grown by some measures.

London is extremely resilient and it has so many supporting economic pillars that secure its future as a finance center. One thing that is pretty unique about London is that it is the highest net exporter of financial services in the United Kingdom. London’s economy is primarily driven by service industries especially financial services. Besides this, the associated professional services also provide strong support to the economy in other parts of the U.K. and globally. On the contrary cities like Venice and Amsterdam did not perform well on the economic front and have held and lost the title many times.

The only times when the supremacy of London’s title was challenged when the UK decided that it is no longer going to be a part of the EU and that was seen as the probable loss of passporting rights of firms in Britain. It was a big concern and many experts criticised the move calling it a self-destructive decision that will tumble the position of London is the heart of the international monetary system. But everything has gone pretty well for London and its traces can be found in many historical and current plans.

Let’s look at some points about how London thrives as the world economic hub:

Since the early days, commerce flourished in the city and it transformed into an epicenter that drew merchants and entrepreneurs from everywhere. This fast growth attracted many immigrants and soon the merchants became influencers and were able to secure autonomy. The merchants also started the banking sector and the Bank of England was later established. Coffee houses were converted to makeshift offices which later became prominent financial institutions. The London Stock Exchange which currently accounts for 32 percent of all worldwide transactions provided economic superiority to the city. Later the insurance market was developed and it also recorded immense growth. Today London is the preferred operations center for approximately 2 out of every 3 Fortune 500 companies.

Not just the strong financial history of London is one prime reason why it has developed as the economic capital of the world but the future London plan is sketched to speed up the economic development of the city. The blueprint for the development is aimed at making London the best city in the world by executing specific strategies. The plan of the city of London places emerging sectors such as Ecommerce, environmental industries, healthcare as well as tourism as the forerunners to contribute to the economy and stabilise it in times of global slowdown.

The remarkable potential of the E-commerce industry has made it to be included as a strong contender to be a great contributor to the economy of the city of London. This fastest-growing sector has immense potential to grow. The plan focuses on creating innovative information and communication technology, developing state of the art infrastructure, setting up innovation centers, creating flexible tech-startup policies, setting-up incubator units to promote entrepreneurship, etc.

The key to a strong economy lies in flourishing environmental industries. The plan for London’s economic development emphasizes on market development, funding, land-use policies, promotions, and encouraging industries operating in the niche. The focus is also on developing sustainable methods, promoting recycling, and encouraging businesses to generate green business opportunities.

London has always attracted the global elite to use its medical facilities. Being a major healthcare player at the global level the plans aims at making the healthcare industry top-notch in the time to come. Places like Harley Street are known around the world for its high standards of care and client discretion.. The London cosmetic surgery sector is a case in point, where big names of the media, business, arts, films come for a facelift or tummy tuck relaxed in the knowledge that they are away from the eyes of the paparazzi. The Healthcare plan for London is also aimed at making healthcare facilities accessible to all the sectors of society.

Though London attracts around 30 million tourists from around the world the development plans still focuses on making tourism a big contributor to the economy of the city. The plan focuses on overhauling London’s image and making it an even better tourism destination. Modern infrastructure, projects, and organising international events are the main concerns of the plan.