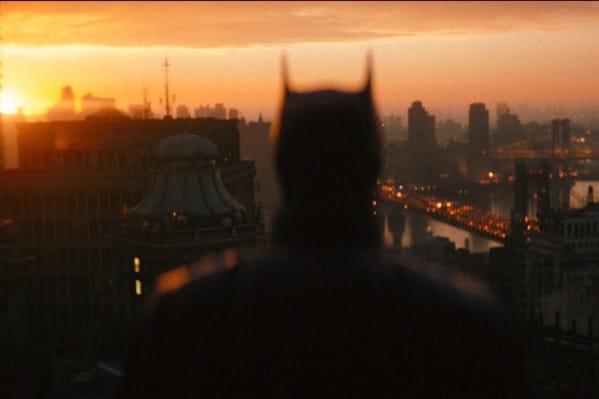 When the first COVID-19 lock-downs started across the world, where were you? What were you doing? For many of us the question is easy to answer “I sat at home, and waited for the worst”. As many of us became more and more disconnected from our friends and dear family members, watching scare after scare on our TV’s and smartphone screens, one technologist decided to take it as an opportunity to create something to help the impeding fallout of businesses closing their doors and many being left without jobs and even worse – losing their life in the process.

Now, the name you’re about to read isn’t a funny troll on you. Just like the story of the startup you’re soon to find out more about, the name behind it stands just as impressive. Terry McGinnis. Yes. Batman. Well, Batman of the future. And no, I was quite shocked that the comic book counterpart had been named after the real, flesh and blood version behind this startup.

The further we keep living on, the stranger our reality is becoming. Personally, as a writer I’d like to revisit this story as one of the first to cover Batman becoming Batman – finally an opportunity for a pulitzer! To add even more 4th wall meta breaks, Terry also lives in Manhattan’s Gotham area… hmmm, now I’m worried this is one big elaborate troll.

Terry at the time was living in Japan and saw how big conglomerates had taken advantage of the panic, and the situation as a whole to profit from closures of local businesses, this wasn’t an exclusive event in Japan – we saw small and local businesses across the world shut their doors and big corporates step in to absorb all of their clientele. Reminds me of a certain episode from The Office, where Michael Scott has to try and gain leads from an unsuspecting local competitor, in the end running the small local business out of… well, business.

Unfortunately I assume Japan has very strict vigilantism laws so Terry couldn’t just suit up as he’d usually do and go kick some shady corporate’s ass to restore peace and justice in Gotham Japan. Instead he had to use his knowledge of JavaScript, CSS, HTML, Python and MongoDB to build a webapp that would slowly evolve to what is today known as Online Shop. It’s first iteration allowed small businesses to issue loyalty points without any need of hardware, purely through the phone, without any sign ups. And according to Terry it was successful, proving that there is a demand in the market.

When I first launched it, I went to few local businesses all of whom were quite hesitant about the idea, first because I was a foreigner trying to tell them how this piece of software can help attract, retain and expand their customer base through no hassle at all, and secondly because bigger companies were already trying to put pressure to use their card systems for loyalty and retention.

A lot of these businesses had no technological expertise, so 9 times out of 10, my solution would win. I didn’t try to re-invent the wheel, or add a ton of unnecessary features and this is what helped me win over a conglomerate with endless pockets, at least locally. We also had some e-commerce based businesses that provided a lot of insight needed. Reflecting, I believe these were the stepping stones to our ethos here, currently at the company.

Focusing on solving a problem or making quality of life better by actually being perceptive to the world, and seeing what is needed.

Oh and apparently it did! He found himself noticing that friends from UK and US would request to have access to it to use in their own restaurants or boutique salons. With more and more requirements to be added, bolted on and hacked away at… payment processing, theme creation, you name it – requests didn’t stop and the webapp kept growing and growing becoming what is known today as ‘Online Shop’, kind of on the nose there but quite genius at the same time, tells you what it does on the tin.

Uh oh… here comes the reaper again, taking away any prosperity you had of a good post COVID-19 future.  Want a better job? Good luck keeping your existing one. Want to buy a home? Pfttttt…. Dream on… this is only 1% of the total impact the world economy had felt.

But did this discourage our young protagonist? No. He’s Batman after all. He is not the hero we deserve but the one we need.

Returning to Great Britain during the pandemic, he found himself seeing the real impact felt by his very own family and friends. A mother who lost a job, friends who are unable to support themselves because nobody was hiring… troublesome. But this is where the ragtag Justice League starts being formed… with one of Britain’s top programmers Siraaj Ahmed joining as Chief Technology Officer, one of Hollywood’ top social media managers, Amani Durrani as Head of Social Media, and Michelle Byun as it’s Creative and Marketing Director.

We started bolting on more and more features, hacking away day and night to make the product better – taking from one product to another, at some point. Me and a business partner at the time had a marketplace platform for a very niche market dealing in home comfort. We started adding shopping carts, etc. listening to what people wanted, and needed. We became a shop maker essentially. And from that grew the demand for more traffic into these independent shops, a marketplace was born. What started as a quick project to help, had evolved to become a behemoth in my eyes. We even have a warehouse and office space. We quickly saw the impact we had, not only on the local economy but nationally too. And that felt great.

The growth had quickly put Terry and his startup at the forefront of media, traffic and all the glory that came with an internet based startup. But was this fame relished? No. Quite a strange happening… where most entrepreneurs would pat themselves on the back and try to enlist in Forbes 30 under 30.

Nah, this man, this man is Batman so of course has to do everything differently. You can’t have a real life origin story deserving of Batman, without pulling some Batman sh*t.

He decides to take a successful business, one that has now started to beat Amazon and eBay in website traffic in UK, and nosedive to be more “ethical”. And to be fair, he does have a point. Most marketplaces are made to drive traffic to specific products, sellers list – this is usually done via online advertising such as paid and organic. Paid being ads such as PPC, little snippets before your search query which aim to steal away your valuable clicks to sell you something… and organic marketing such as optimising your articles to rank highly across… search, to steal your valuable clicks… to sell you something.

Now, him and his Justice League of coders and programmers, some which believe the vision so much they left likes of Google and Apple to work on this project. And to add even stranger things… the main backer for Terry’s project is Robin Vauvelle, with their offices quaintly situated in “The Matrix”, Harrogate. Batman and Robin, in The Matrix? Now someone is really having fun with this simulation. Will we have brothers Warner joining as CTO and COO? Well the way this story has played out so far, it wouldn’t surprise me one bit!

I think a lot of our investors understood the fact that we need to set an example, this is what we set out to do. To help. We don’t care about profits. We care about creating and implementing change, and to create a community that helps one another.

Just like GeoHot, Terry here is taking a completely different approach of building out a company. Not focusing on profit, or corporate malarkey but setting to solve problems and create something unique. Well to this, I say… good luck Batman, let’s see how you do and make all of us proud.