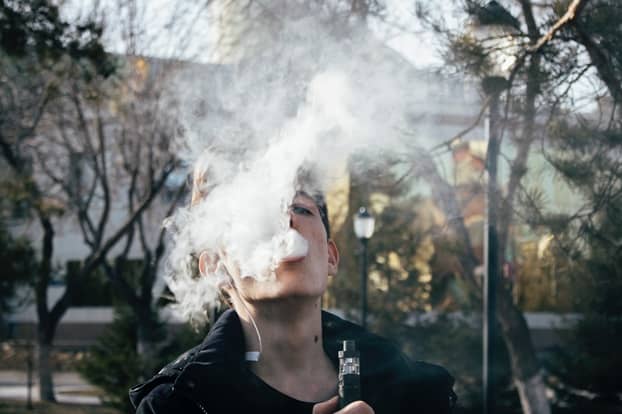 What does the EU vaping tax mean for the UK

As vaping becomes more and more popular, we are seeing governments all over the world increasing regulations on vape mods, vape pens and e-liquids, alongside other vaping products.

The EU is no exception, and recently announced that they would be imposing a tax on vape products like e-cigarettes and e-liquids, putting them under the same restrictions as traditional tobacco cigarettes. While the specifics of the new laws are yet to be seen,

What is the EU vaping tax?

The details of the vaping tax are yet to be ironed out, but there a few things we can most likely expect for vapers in the EU. Currently, the legislation has passed through the proposal stage and will now be passed onto the European Commission where the exact nature of the taxes and tariffs will be put together.

It’s likely that the EU will impose a small excise duty on vape products, which some believe may actually help the vaping industry in countries where high taxes have already been imposed. However, in other member states where vaping is widely accepted, it would likely lead to higher product prices and a decrease in the number of people vaping overall. There is likely to be a minimum and maximum tax range so that different states can have some control over the level of tax they put on vaping products, and there is a possibility that the minimum tax range will be 0%, which effectively would allow states not to impose this tax if they don’t want to. This may actually be a good thing for the vape industry in several states, as this law would prevent individual countries from placing exceptionally high taxes that exceed the EU maximum on the vape market, bringing costs down in these areas. Italy is a good example of this, where high taxation on the industry has reduced the number of vapers massively and brought industry development to a standstill. Introduced in 2014, Italy’s high tax resulted in a 70% decrease in the number of vapers as well as an increase in the use of illegal and imported e-liquid. The number of vape shops in the country also fell by 75%, from 4000 to 1000, costing around 10,000 retail jobs. In cases like this, a maximum tax rate imposed by the EU may be a very positive development for those in the industry.

However, it is also possible that pressure from certain states and organisations on EU lawmakers could result in a far more severe taxation policy across the board, resulting in a significant price increase for manufacturers, distributors and end-users. This is likely to discourage new users from taking up vaping, however, whether this is a good or bad thing comes down to your perspective on the issue and the evidence available on the safety of vaping, as well as how effective it is as an aid to becoming smokefree.

Of course, for now, this is all speculation and the industry and vapers across Europe will simply have to wait and see to know how the legislation will be implemented in their home country.

Why are vapes being taxed now?

There has been talk of taxation on vape products for many years now, with lobbying, consultations, research and negotiation ongoing for the past decade or so! The result of this is research showing that the current EU rules on tobacco products and nicotine-containing substances are “no longer sufficient or too narrow to address current and future challenges related to certain products, such as liquids for e-cigarettes, heated tobacco products and other types of next-generation products which are entering the market.” This includes vape devices such as vape mods and vape pens, as well as e-liquids and vape juices, which are the (usually) nicotine-containing liquids that vapers inhale and exhale.

A similar tax was recently introduced in Minnesota, where high tariffs on e-liquid have resulted in a dramatic decline in the vape industry in the area. In the state today, e-liquids are taxed at 95%, and researchers believe that of a state population of 5.64 million, over 32,000 smokers were deterred from quitting due to the sheer costs associated with vaping.

As well as concerns about smokers being unable to use vaping to help them quit under new regulations, there are also significant concerns about the safety of vapes and e-liquids in areas where vaping is heavily taxed or banned altogether. The rise of black market and unregulated e-liquids and vape devices can be incredibly dangerous. A black market in THC e-liquid in the US is believed to be connected to a serious lung disease called EVALI, which affected thousands and caused the deaths of hundreds of young Americans.

Do the EU vaping taxes affect me in the UK?

These regulations impact the whole of the EU, including the UK, while we move through the transition period of Brexit, which is currently set to end in January 2021. However, it is very likely that the UK will remove these taxes after leaving, or, depending on how quickly the law is implemented, not impose them at all.

The UK is one of the leaders in advocating for vape technology as a way to help smokers quit, and have been reluctant in the past to put restrictions on the vape market here. In fact, the official position of Public Health England is that vaping is 95% safer than smoking, and it is an accepted and encouraged nicotine replacement used to help smokers quit. The UK government is also rated no. 1 in the world for independence from the tobacco lobby, which has steadfastly refused to tax electronic cigarettes and e-liquid.

Another problem the UK may face if they were to accept these taxes is that of collection. Large tobacco companies have a great deal of experience in working around taxes and different taxation guidelines, so would be well-prepared for wide-scale changes in the vape product taxation policy. However, many smaller companies in the industries don’t benefit from these years of experience and extensive resources, which may force them out of business, reducing competition in the sector overall and only serving to increase the power and dominance of large tobacco companies.