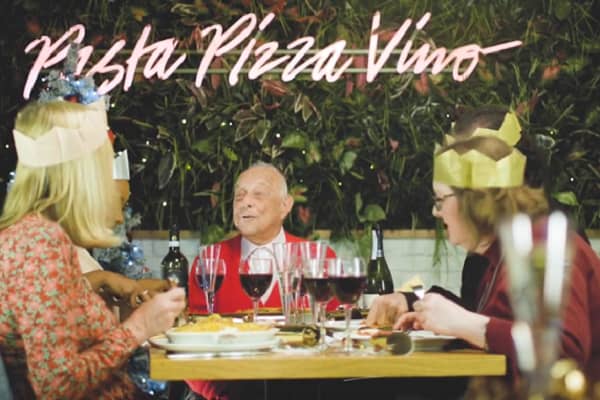 Watch: The Christmas advert with purpose

The Prezzo Full Hearts Campaign isn’t just another Christmas ad, it focuses on their campaign, alongside charity Re-engage, to fight loneliness at Christmas. Prezzo hopes it will positively influence the public to donate a seat at their table over the festive season, reaching as many lonely older people as possible, to provide them with the company many long for.

The true star of the Prezzo’s Full Hearts campaign, is 92-year-old Frank, a raconteur extraordinaire, with a magical singing voice. Frank is also one of an estimated 873,000 people aged over 65 who do not see or hear from anyone over the Christmas period.

Frank has a moving life story, he said, “When I was young the best memories of Christmas were being with my family, I was the baby of nine, in the evening out came the presents and out came the piano. We used to sing all the old songs and it was wonderful and would go on till midnight, I can’t tell you what a joy it is to look back at those memories now. Especially on the down days.’”

Prezzo have released a video to accompany their campaign, where Frank can be heard singing and reminiscing about Christmas in the 1930’s.