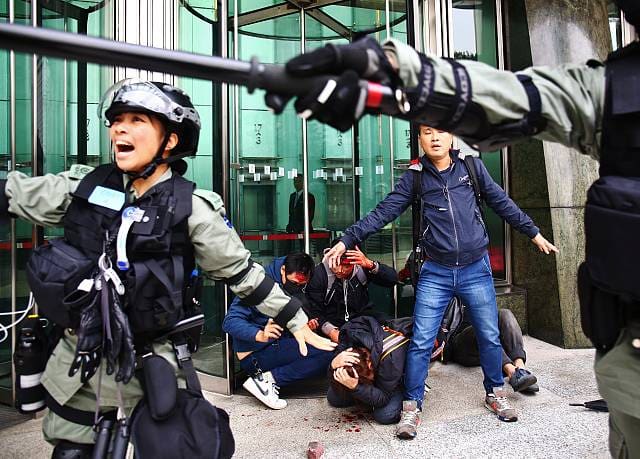 The US have suspended their extradition treaty with Hong Kong as China have imposed new security laws in the territory.

This is the latest sign of relations between the two superpowers deteriorating as the treaty was one of three bilateral agreements with Hong Kong.

State Department spokeswoman Morgan Ortagus said, “These agreements covered the surrender of fugitive offenders, the transfer of sentenced persons, and reciprocal tax exemptions on income derived from the international operation of ships.”

The US State Department said the move was part of President Donald Trump’s 14 July executive order which states that Hong Kong is “no longer sufficiently autonomous to justify differential treatment in relation to the People’s Republic of China,” as a direct result of the new laws.

“These steps underscore our deep concern regarding Beijing’s decision to impose the national security law, which has crushed the freedoms of the people of Hong Kong,” Ortagus added.

The new security laws imposed by Beijing allows for people accused of various crimes to be prosecuted in China, where the courts are controlled by the Chinese Communist Party (CCP).

The new security laws in Hong Kong are described as “secession, subversion” or “terrorist activities” along with “collusion with a foreign country or with external elements to endanger national security.”

China claims that these laws apply to anyone wherever they are in the world, which saw Hong Kong issue an arrest warrant for an American citizen, Samuel Chu, which will never be enforced by the US.

Chu is the managing director of the Hong Kong Democracy Council (HKDC), who are a non-profit advocacy group in Washington.

Last Friday I woke to news that HK authorities have issued an arrest warrant for me, an American citizen speaking out on American soil.

Today, US strikes back by sanctioning HK's CE Carrie Lam and officials responsible for suppressing basic freedoms and the rule of law in HK. pic.twitter.com/ltuHyicqfm

Chu said, “Since the first report of the arrest warrants against me under the national security law, I have received repeated and unequivocal assurance from US officials that they deem the charges and warrants as outlandish, illegal and unenforceable.

“This latest development continues to isolate the regime in China and its puppet government in Hong Kong on the global stage – it illustrates the rapid erosion of international trust and confidence in Hong Kong’s judicial independence and will surely lead to further withdraw from US and international institutions and corporations.”

Other countries across the world have also suspended their extradition treaty with Hong Kong including the UK, France, Germany, Canada, Australia and New Zealand.