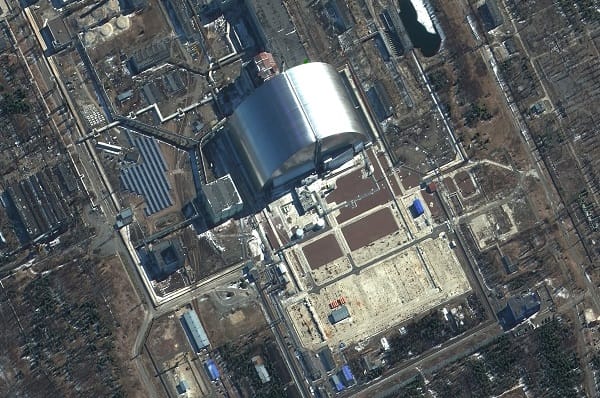 The United Nations Security Council (UNSC) have strongly urged to immediately take measures to demilitarize the Exclusion Zone around the Chornobyl nuclear power plant to prevent a “nuclear disaster.”

The Deputy Prime Minister and Minister for the Reintegration of the Temporarily Occupied Territories of Ukraine Iryna Vereschuk warned unless there is an “Exclusion Zone” put in place at Chernobyl, there is a “risk” of another “nuclear disaster.”

Vereschuk said at a briefing on Wednesday, “We demand that the UN Security Council immediately take measures to demilitarize the Exclusion Zone of the Chornobyl nuclear power plant and introduce a special UN mission there to eliminate the risk of a repetition of the Chornobyl nuclear disaster as a result of the actions of the Russian occupation troops.”

She warned that Russian forces are using dangerous ammunition from the Second World War, which can self-detonate and start a fire and explosion.

“At the warehouse of the Armed Forces of the Russian Federation in the Russian city of Belgorod, an unauthorized detonation of ammunition occurred.

“This is an example of typical for Russians neglect of safety precautions and mass use of dangerous ammunition of the Second World War,” Vereschuk emphasised.

The Minister said that Russian forces have built a huge warehouse of such ammunition in the Exclusion Zone near the Chornobyl nuclear power plant, about the threat of self-detonation at which the Ukrainian General Staff warned the occupiers the day before.

“Russia must immediately withdraw its troops from the Chornobyl zone.

“The irresponsible and unprofessional actions of the Russian military are a very serious threat not only to Ukraine, but also to hundreds of millions of Europeans,” the Minister concluded.