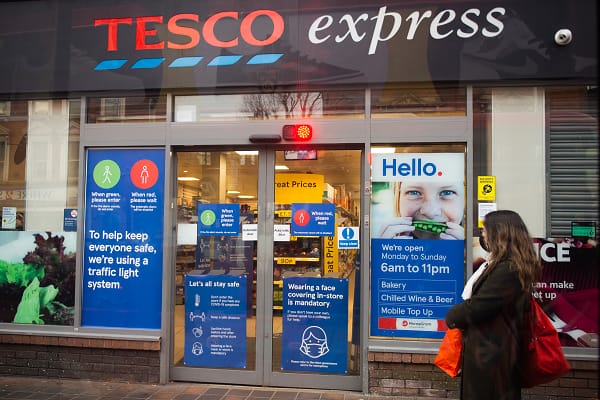 The UK’s largest grocer has said they are “not sure inflation’s peaked just yet” and have cautioned there could be a further rise in inflation.

Tesco hailed a “strong” Christmas and cheered their efforts to help their customers “dealing with tough times” amid the cost-of-living crisis.

Tesco’s chief executive Ken Murphy said he expects people to now “tighten their belts” now Christmas is over and warned there could be a rise in inflation.

Murphy, cautioned, “We are not sure inflation’s peaked just yet.

“We would hope that by the middle of the year, it will have peaked and will then come down the other side.

“We all would expect customers to tighten their belts after Christmas and that’s certainly what we have built into the plan this year.”

According to the Office for National Statistics (ONS), inflation slowed in November to 10.7% compared to 11.1% in October, but food prices have continued to rise to a record 16.4% against the same month the previous year.

Tesco said there is a “particular strength” with fresh food which has seen a 8.1% growth and there has also been a 7.4% increase in sales of their low everyday prices range after the supermarket launched their “price lock” commitment.

Over the Christmas period Tesco recorded a 7.2% growth, and the Booker wholesale operation saw a 11.7% hike.

Murphy said, “I’m really pleased with our performance over this period – particularly the further strong growth at Christmas on top of the exceptional growth of the last few years.

“I’m extremely proud of the way Tesco has stepped forward to help customers dealing with tough times this Christmas.

“By delivering relentlessly on the strategic priorities that we set out 18 months ago, we have made sure that customers know that they will benefit from great value and quality in every part of their basket, however they choose to shop with us.”

Sophie Lund-Yates, lead equity analyst at Hargreaves Lansdown, said, “Tesco has followed in Sainsbury’s footsteps to record an exceptional set of results over the Christmas and third quarter period.

“The group’s dominant market share has also helped keep tills ringing, despite the growing pressure on household incomes, and the unstoppable rise of the discount supermarkets.”