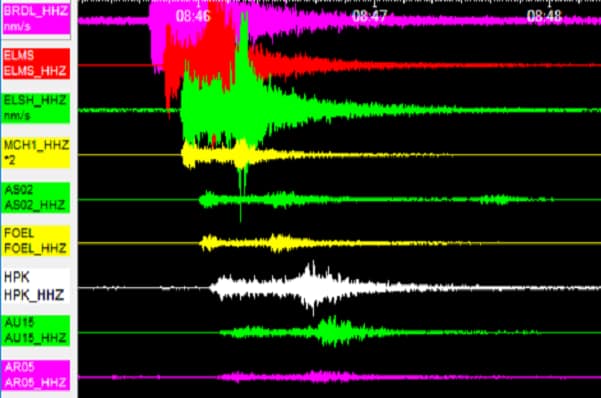 Leighton Buzzard was hit with another earthquake on Tuesday morning measuring 3.0 magnitude, which is the third tremor in two weeks.

According to the British Geological Survey (BGS) the tremor was recorded at 08.32am this morning at a depth of 6.2 miles.

Glenn Ford, a seismologist with the BGS, said Tuesday’s earthquake is also an aftershock.

He said, “What we’re seeing here is a small aftershock from that earthquake (on September 8).”

He added, “There’s obviously been some stress been building up in that particular area and we’ve had the initial earthquake.

“It’s maybe just still rebalancing the stress regime in that partcular part of the world and we’re getting these little aftershocks occurring as well.

“It probably will settle down soon, but could we get another one? We certainly could, but when it could happen, we don’t know.”