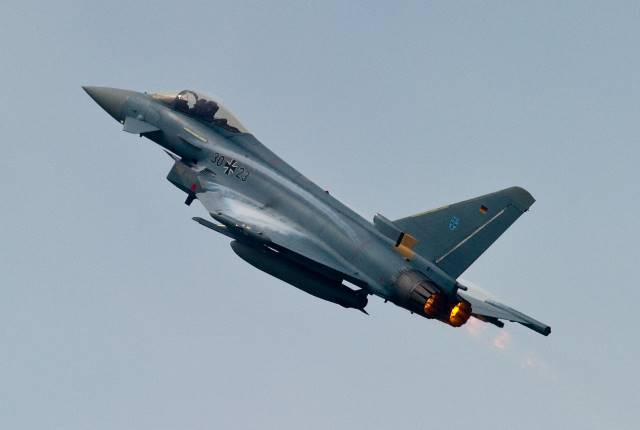 Two German Eurofighter jets collided in a mid-air crash whilst on a combat mission near Laage military base, Mecklenburg-Vorpommern.

The German air force said on Twitter, “Together with a third Eurofighter they were flying an Air Combat Mission.

“The pilot of the third Eurofighter observed the collision and reported that two parachutes descended to the ground.”

According to the interior ministry one fighter jet went down in forest in Schwerin and both jets were from Air Force Squadron 73 Steinhoff.

German police confirmed that one pilot has been found alive in a forest, a search is underway for the second pilot who went down some six miles away from Nossentiner village.