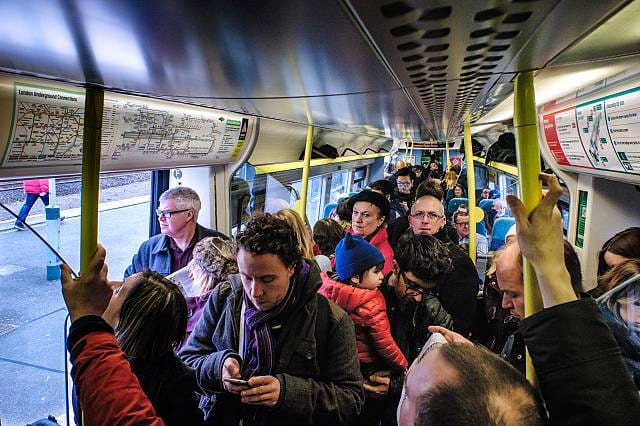 Travel chaos as hundreds of trains cut from Southern timetable

Passengers are set to hold a mass protest at Victoria tonight amid the row between rail unions and train companies.

Southern, owned by Govia Thameslink Railway (GTR) said high levels of staff sickness and RMT industrial action over conductors is to blame for the change in timetables.

A spokesman said: “We know the service level in the last couple of months has not been good enough and we apologise unreservedly. This new timetable allows us to target our resources where they are needed most and at the same time give passengers a more predictable service which they can plan their lives around.

“It is a temporary measure while we work with the RMT to end the dispute and bring their members back to work and, while it should be judged over a few days, the first few hours of operation are encouraging.”

But an RMT spokesman said: “Only in the insane parallel universe inhabited by Southern Rail could you cancel hundreds of trains a day and then try and dress it up as running an improved service.

“This mob are now way beyond a joke for both passengers and staff alike and their continued efforts to try and blame this chaos on their frontline workforce are sickening and cowardly.

“This is a basket case franchise in meltdown, robbing the taxpayer of millions of pounds, and they are wholly incapable of delivering any kind of rail service. They should be thrown out and the publicly owned Directly Operated Railways drafted in to sort this mess out.”