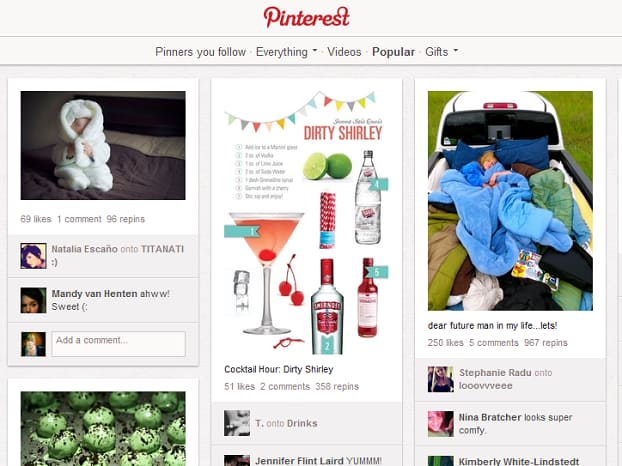 Pinterest has doubled in value in the last 18 months and is now worth $3.8bn, according to its latest funding round.

The visual scrapbook website has just raised $225m in a round led by Fidelity Investments.

Pinterest is still only three years old (although we were tipping it for greatness back in January last year).

“We hope to be a service that everyone uses to inspire their future, whether that’s dinner tomorrow night, a vacation next summer, or a dream house someday,” said Pinterest co-founder and chief executive Ben Silbermann in a statement.

“This new investment enables us to pursue that goal even more aggressively.”

Pinterest raised its first round of VC funding in May 2011. Its most recent round was $200m earlier this year, when the company was valued at $2.5bn.

Pinterest’s HQ is in San Francisco, but it has recently set up offices in the UK, Italy and France.

Could your obsession with Pinterest land you with a lawsuit?