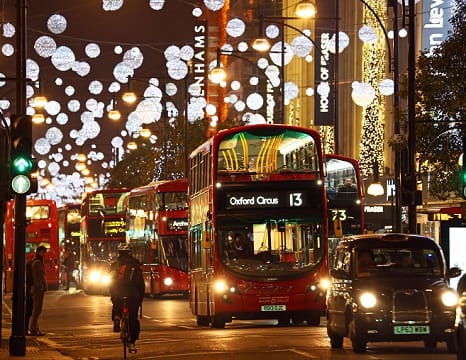 Over 40 million shoppers will flock to  Oxford Street this year and spend an estimated £2.3bn across the destination’s three miles of shopping.

Here are the “Retail Stars” who’ve made Oxford Street the UK’s most iconic shopping destination:

Munasinghe She, customer assistant, Boots – Loyal to Boots for more than three decades, Munasinghe has delivered exceptional service to customers in various Boots stores for more than 35 years. Munasinghe was in Sedley Place in 2005 when Boots opened its Oxford Street store – she is now gearing up for her 10th Christmas serving customers at the store.

Sprinkled along Oxford Street are also a number of second and third generation Retail Stars following in their families’ footsteps:

Claire Constantine, Manager, Lush – Daughter of Lush cosmetics co-founders Mark and Mo Constantine, , Claire has spearheaded the planning and launch of Lush’s flagship (and biggest worldwide) Oxford Street store. In addition to building and managing a team and delivering premium-level customer service, Claire has helped develop some of Lush’s 200 exclusive Oxford Street products and will help Lush put a bath bomb in the water at least 23,808 times in December.

Abigail Clapich, Sales Manager, Debenhams – Abigail is following in her grandfather’s retail footsteps, working her third Christmas on Oxford Street in the same store, where her grandfather supplied coats and ladies suits to the then Debenhams and Freebody in the late 1940s until the 1970s,

Other unique Retail Stars behind Oxford Street’s exceptional product and service offering include:

Isabella Rocha, senior sales advisor, River Island– Championing Christmas cheer to River Island during the day, 19 year-old Isabella moonlights as a competitive national cheerleader by night. In between all of this, she finds to time to pursue academic interests, undertaking a degree in Portugese and Brazilain studies at Kings College.

Tom Morely, sales manager, Debenhams – Tom is your quintessential British fellow, with a love of driving classic British cars, Tom is the man who knows his cosmetics from his cars, as he proudly works behind the Debenhams cosmetic counter for his 9th Christmas after 15 years at Debenhams.

This one infographic shows SIX KILLER benefits of flexible working

Females in the firing line: What’s going on in The Apprentice? What can women in business learn from it?

Is the housing bubble about to burst?