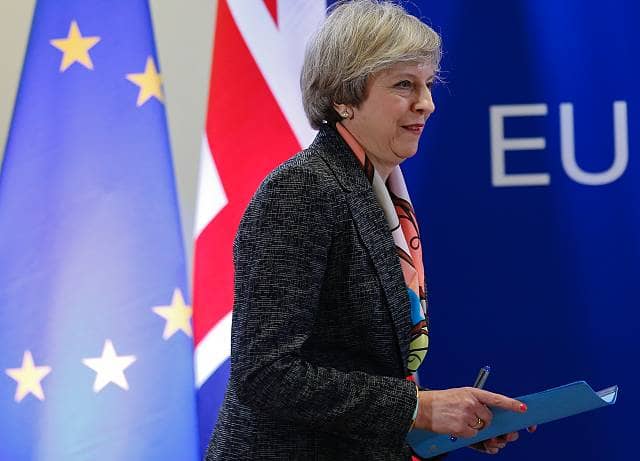 Theresa May could face another referendum on the final EU deal

The latest on Brexit

The British prime minister could face another legal challenge over Brexit as a retired Scottish doctor has claimed that the law does require another referendum following 8 June referendum.

Doctor Andrew Watt who is Glaswegian claims the law does require any second referendum on any second withdrawal agreement.

The doctor sent a letter before action, which normally means, in law that this is the first step of one taking a dispute to court.

The doctor has argued that section 2 of the European Union Act 2011 means that here has to be another vote prior to the UK leaving the EU.

Doctor Watt clearly argues that the act was designed to trigger a referendum in the event that the EU treaty would transfer powers to the bloc from the UK, meaning a Brexit.

In simple terms, doctor Watt is arguing that this means that the British government should therefore have a referendum prior to any treaty that can amend or even replace the EU of the functioning of bloc.

Watt said to the Aberdeen Evening Express that: “the prime minister has refused to hold a further referendum on withdrawal from the European Union.”

“The Prime Minister’s failure to recognise the legal requirement for a further referendum means that she is at high risk of running out of time in the negotiations with the European Union.”

“Once I have her response I can decide which of the legal issues in the letter before action should be pursued in the High Court.”

“At that time, I expect to seek to raise funds by crowdfunding or other means to enable this important legal action to go ahead.”

This comes after the British government lost their court challenge against Gina Miller.

The doctor had said, according to the Aberdeen Evening Express that a highlighted section of the legislation sets out that a referendum must be held if there is “conferring on an EU institution or body of power to impose a requirement or obligation on the United Kingdom, or the removal of any limitation on any such power of an EU institution or body.”